The group was born at an all-night squat party during the ’90s. Charismatic front man and co-founder Rob Spragg, started singing the lyrics to a Hank Williams song over an acid-house beat. Meanwhile, the other co-founder, the late Jake Black, a diehard Jazz fan, apparently re-joined with some bebop skat stylings. On that unforgettable night, the mutant embryo of the ALABAMA 3 was conceived.

Still adored the world over for 1997’s inaugural smash ‘Woke Up This Morning’, whose marriage of Howlin’ Wolf samples and trip hop beats provided the theme music for long-running HBO series ‘The Sopranos’, Alabama 3 have continued to explore their uniquely British absurdist twist on Americana, riven by post-rave aesthetics, savage socio-political satire, and lowlife narcotic misadventure. After touring 2016’s twelfth A3 studio album, called simply *Blues, which capped off a quarter-century of poly-cultural abuse came a turbulent few year involving the death of legendary songwriter Jake Black, aka The Very Reverend D, and the new normal we all face, the band bounced back with their latest album ‘Step 13’, released September 2021.

An offering that refuses to wallow in pity. Instead, the war-torn Brixton collective triumph according to their own peerless standards of cross-pollinating experimentation, street polemic. This latest album from the band is the pick me up we all need; a reminder to leave, bad news in the past, caution to the wind, and life to the fullest. Luckily for those of us who need a reminder, the band will bring their new tracks, as well as old favourites across country, and they embark on a UK tour for Spring 2022. Travelling up and down the nation, the group will bring over 20 years of their fantastical, extreme sound to misfits, weirdos, and music lovers everywhere, providing the ferocious thrill of energy that have cemented the group as one of the UK’s most beloved trip-hop acts.

Dates for the groups UK tour are as followed: 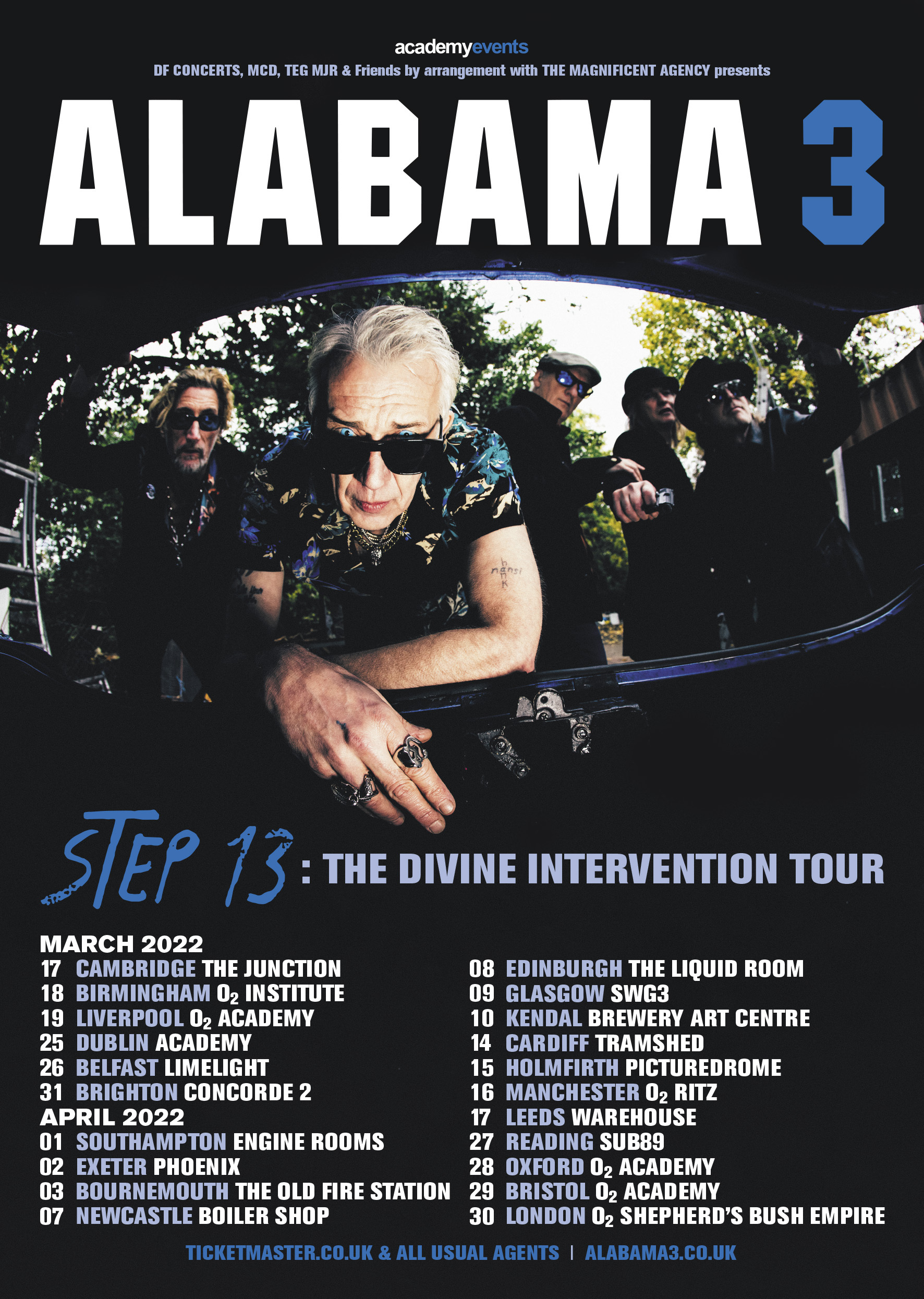 Orlando Harrison a.k.a. The Spirit: keyboards