Majorcan-born singer-songwriter Andrés Alcover has released his majestic new single “Where Did We Go Wrong?”, along with b-side “Resigned”.

Coming as a glimmering follow-up to his string of 2021 releases — including debut single “Untouchable” — the new track is a daydream-inducing cut of twinkling percussion and gently twanging guitars underpinned by Andrés’ laidback vocal delivery.

A delicate web of vintage-tinged rhythms, textured guitars and cushiony harmonies, “Where Did We Go Wrong?” stirs to life with gentle acoustic guitar plucks before blossoming into a more complex arrangement of mellow instrumentation that glimmers like a long-lost relic found in an abandoned ‘70s LA recording studio.

Written, produced and arranged by Andrés himself, the artist explains of the track’s production:

“I wrote the song a couple of years ago, my time split between Spain and the UK, and recorded it at my flat in London. However, the drums were recorded in an old abandoned theatre-turned-studio in Majorca by Spanish drummer and good friend Tomi Solbas. He created the perfect sound to accompany the rest of the instrumentation, and you can really hear the room’s texture.”

Despite its gentle rhythms and dreamy melodies laced with optimism, Andrés’ lyrics grapple with more existential themes. With his earlier releases dealing with estrangement, loss and a sense of an internal search, the songwriter’s knack for melding deeper ideas with drifting instrumentals is showcased clearer than ever on “Where Did We Go Wrong?”.

Of the story behind the song, he adds:

“I lived quite fiercely through my early 20s; somewhat blindly in pursuit of a dream, an end-goal that I was convinced would just land eventually. I felt like that time flashed before my eyes and I suddenly collided with my own existence. So much had happened but I felt like I had nothing to show for it, just a crippling sense of emptiness and detachment from reality.

It seemed delusional, even irrational, to feel hopeful but somehow the feeling still lived inside me along with the ragged remnants of whatever dream I’d had for myself. I think the song was inspired by this realisation, and also by the realisation that I’m still young and it’s better to keep chasing something than nothing at all.”

The release is also accompanied by the B-side “Resigned” — a serene dalliance between faraway electric guitars, softly jangling percussion and luminous lyricism that runs with “Where Did We Go Wrong?”’s thread of tranquil dreaminess, but with a fuller, slightly more bouncy take on instrumentals.

The release comes as a follow up to Alcover’s debut single “Untouchable”, a track written and demoed in London before being entirely re-recorded in an abandoned theatre in his hometown. With a sound underpinned by his Mediterranean background but nodding to present-day influences in East London where he currently resides, Andrés’ solo music finally saw the light of day in 2021, with a string of self-produced bedroom demos released over the course of the year.

With “Untouchable” gaining radio play on Amazing Radio and gaining the attention of radio DJs including Shell Zenner, Frankie Francis others, Andrés began to perform on the London live circuit post-lockdown, with shows at Shacklewell Arms and Sebright Arms seeing the artist backed by his live band of musicians.

Writing, recording, performing, producing and arranging all of his material himself, Andrés’ daydreamer lyrics recount a series of deep and often dark themes, yet always seem to push towards a sense of intangible hope. 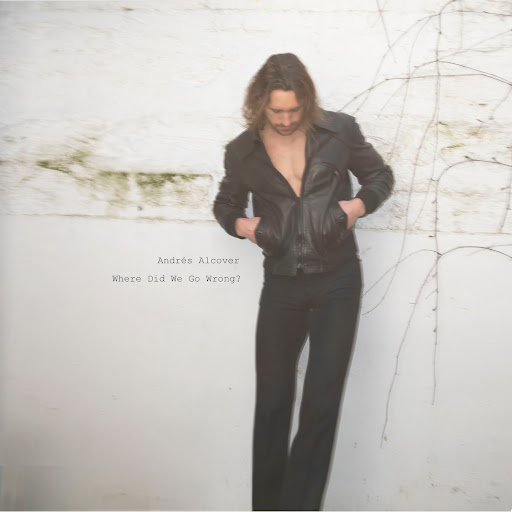