AXLAUSTADE are Montreal’s newest musical innovators. Formed by Steve Dumas, Francis Mineau and Jonathan Dauphinais, the group take familiar elements from rock, shoegaze, and indie, throughout their work and revolutionise them; using experimental melody lines, and addictive kosmische musik beats. What emerges is a sound that the group describe as ‘the future of grunge’ acclaimed by the likes of Journal De Montréal, Joyzine, Indie88, and many more.

Now, comes the group’s magnum opus; their much-awaited self-titled EP, out March 25th via La Tribu Records. Produced by the legendary Justin Raisen (Angel Olsen, Sky Ferreira, Kim Gordon, Yves Tumor), the album came about as a result of hundreds of hours jamming in a dark room, focused on the music that rocked their youth. From that, the album was born, sering as an introduction to the dreamy world of Axlaustade creation. It’s a release that not only cements the band as pioneers of the grunge movement, but soon-to-be superstars, rising to the very top.

“We wanted to create some music you could meditate, headbang, dance or run to.
Reminiscent of the past while foreseeing the future,” says the band. “The soundtrack to a cool story. What’s common and what’s extraordinary. A story about the love of music.
Justin Raisen first said to us when we started to work with him on the album, ‘If I heard this in a film or something, I’d want to know who it was. If I heard it, I would care.’
That’s how we set the tone for the record.” 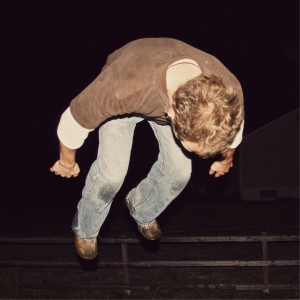