OUT MAY 28TH ON LUCKY NUMBER

Bachelor—the collaborative project of Jay Som’s Melina Duterte and Palehound’s Ellen Kempner—will release its debut album Doomin’ Sun on May 28th via Lucky Number, and today the duo share another single off of the record. Of the country-inflected “Sick of Spiraling” the band says “Sick of Spiraling is one of the last songs we wrote and recorded together in Topanga. Both of us initially tried to play drums on the song but the groove wasn’t right so we enlisted help from James Krivchenia. He came over for a day and drummed on a few songs on the record, he really brought this song to life with his unique style. Ellen had the riff in her voice memos for a while and had originally imagined it as a slow kinda melancholic song. Once we got together and listened back to the riff we heard it a whole new way as an upbeat driving song. After that Ellen wrote lyrics inspired by driving on tour and the rush and anxiety of being completely untethered and unprotected on the open road.” Listen to the song now HERE.

Written and recorded in Topanga, CA over the course of two weeks in January of 2020, pre-pandemic, Doomin’ Sun is a record steeped in friendship. Kempner and Duterte hybridized their individual songwriting talents, producing a collection that slips between moods with ease and showcases their lyrical prowess. While the album features collaborations with the likes of Big Thief’s Buck Meek and James Krivchenia, as well as Duterte’s partner and Routine-counterpart Annie Truscott of Chastity Belt, the record was largely made by the two musicians in isolation as a fitting precursor to the forthcoming year. Creating the space to explore significant themes from queerness to climate change, the collection also finds Bachelor experiencing pure, unadulterated joy: the kind of joy that can only come from creating, laughing, and having a ridiculous amount of fun with a close friend. 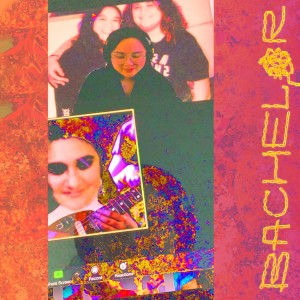 4. Went Out Without You