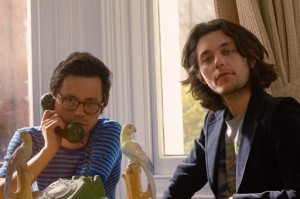 “There is no-one out there that really sounds like Barbara. If there is any justice, they are going to go on to achieve amazing things…”
FRESH ON THE NET

A masterclass in nuanced, nostalgic pop beamed-in from another era, the track is the Brighton duo’s first release of 2022 and hints to a band with the brightest of futures.

Balancing deceptively complex arrangements with a playfully colourful narrative, think Todd Rundgren teaming-up with the Alessi Brothers for a re-imagination of The Beatles’ “Ob-la-di, ob-la-da”.

Coupling that maturity of sound with lyricism wisened by mistakes perhaps they’ll never make, latest single “A Perishing of Cherished Things” finds Barbara experiencing something of a mid-life crisis, far before their time has come. As Barbara explain:

“‘Perishing…’ is sort of about a mid-life crisis. Not that we’ve experienced one… yet! Almost no one ends up having the life they imagined for themselves when they were young. We thought it would be nice to have some characters – Wendy and Sharon – and that it might help to tell the story a little better (like Desmond and Molly in ‘Ob-La-Di, Ob-La-Da’). And they’re not particularly unhappy or anything. They’ve got kids and go on lovely holidays. They just sometimes wonder how things might have turned out differently…”

Though told with a technicolour imagination and wry sense of humour, “A Perishing…” is ultimately a song about what-ifs and what-could-have-beens; and those unshakeable feelings that so often come hand-in-hand with ruminations on opportunities passed.

“It’s a sort of low level regret that you can’t quite shake.” Barbara add. “I think everyone feels it from time to time. Because life just isn’t perfect. Not very rock and roll, I know!”

Produced by esteemed Paul Steel (once praised by The Guardian as “the second coming of Brian Wilson”), the track is a lavishly retro sounding record, resplendent with swelling west-coast harmonies, primitive synthesiser sputters, and star-spangled guitar lines straight out of the 1970s.

A duo of brothers from Hove on the Southcoast, Barbara are Henry and John Tydeman. Taking their lead musically from an eclectic set of influences that range from Glam Pop to Broadway, they make classic, irresistible pop music with a literary and intellectual approach. Whilst the influence on the music is noticeably American, Barbara’s lyrics are quintessentially British, infused with the inquisitive, satirical spirit of Harold Pinter, George Orwell and Ray Davies.

Releasing a trio of tracks since their inception in 2021, the band have already earned champions at national titles like BBC Introducing and Louder Than War. Catching the ear of kindred spirit Tom Rees (of Buzzard Buzzard Buzzard) he went on to produce the band’s previous single: “Rainy Days In June”; whereas The Divine Comedy’s Neil Hannon has also praised of Barbara: “There’s something about this which is so up my street … Excellent!”.

Supported by three other musicians when performing live, Barbara drew acclaim for their sparkling debut performance at The Isle of Wight Festival last year and have been invited as special guests to support Divine Comedy this Spring. Catch them playing “A Perishing of Cherished Things” and much more at the following dates: 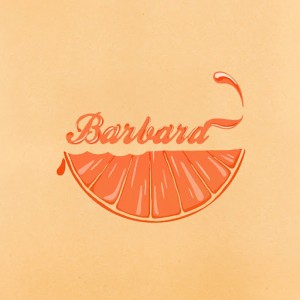 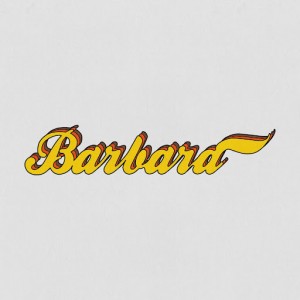