SLIDE INTO 2021 WITH NEW SINGLE: ‘TURNAROUND’

Making their case to be one of the new year’s hottest new prospects, the pairing of Kai Ollmann and Davy Brown are gearing up to release their debut EP: ‘Hindsight’, from which their latest track is taken.

A tale of unrequited love played out on a glittering dancefloor, “Turnaround” strikes like an impassioned last stand before the lights go up, the party’s over and the spark is gone. Speaking about the track’s raw emotions, Barley Passable say:

““Turnaround” is the final plea of real love. Helpless, desperate and painful, ‘turn around’ is the last thing you can say to get someone to stay. Knowing that your love is reciprocated only makes it harder and whilst you scream it in your head, even worse is not being able to say it to their face. Fearing growing apart emotionally as well as physically, all you can do is repeat in your head the only phrases that matter; just how much this person has taken your heart, and how much you want them to stay.”

As addictive as it is dramatic, the track is packed with addictive hooks, funky rhythms, and twisting time signature changes at every turn. Laden with taut Nile Rogers-esque guitars, swirling retrofit synthesisers beamed straight from the 70s, and the timeless touch of a wurlitzer; “Turnaround” glitters with a cinematic melancholy as its star-crossed lovers waltz ever further apart.

“The two of us really wanted the feeling of sadness and desire when a loved one leaves to come through” the band say, “and so the repetitiveness of all the lyrics mirrors the way that those emotions just keep replaying on your mind.”

Written, recorded and produced by Barley Passable in their studio in Sydney’s Northern Beaches, additional live drums were added by Callum Hulme, whilst James Christowski worked his “mixing magic to get the vocals shining” and Zino Mikorey provided additional mastering.

“Turnaround” is only the fourth official release from Barley Passable to date. Making waves with their individual singles: “All I Have” and “Whether or Not” in 2020, the duo of Kai Ollmann (guitars and vocals) and Davy Brown (keyboards and vocals) are setting their sights on the release of their debut EP in 2021. Confirmed to open with  “Turnaround”, a track hailed by the band as “one of our most heartfelt and treasured songs”, the ‘Hindsight’ EP will also feature the former single “Step Inside”, plus two additional original tracks.

Based in Australia, Barley Passable fuse various genres to create a unique mix of old and new – melding 70s disco, 80s new wave and modern French pop. Initially making music to escape from the drudgery of their studies, finding a stimulating chemistry the pair now work with a mission statement to create chic and glossy electronica creations for the masses. Gifted with the louche ‘French Touch’ of Daft Punk or Justice, and mastering post-Funk hooks to rival the likes of Jungle and Chromeo; Barley Passable make smart and stylish pop with a world class groove. 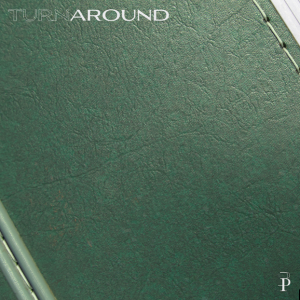