On November 27th, Niger-born Tuareg guitar virtuoso Bombino will release his first-ever live album as a solo artist, ‘Live in Amsterdam’ (via Partisan Records). Recorded in November of 2019 while Bombino and his band were touring behind his acclaimed latest studio album ‘Deran,’ the release will coincide with RSD Black Friday. Listen to a searing performances of “Azamane Tiliade” now, which originally appeared on Bombino’s 2013 album ‘Nomad’ and is accompanied by video footage.

‘Live In Amsterdam’ showcases Bombino’s rich musical palette, as he and his internationally renowned band seamlessly blend folk, rock, blues, funk, and most uniquely the ‘Tuareggae’ sub-genre which Bombino and his band pioneered. In addition to his regular band, this performance features special guests and Bombino’s cousins, Nigerian singer/actress Toulou Kiki as well as Anana Harouna of Kel Assouf.

‘Live In Amsterdam’ is dedicated to the loving memory of longtime Bombino bandmember Illias Mohamed Alhassane (rhythm guitar, vocals), who sadly and suddenly passed away in September of this year. ‘Live In Amsterdam’ features Illias in his final recorded performance with his ‘brothers’ in Bombino’s band. May his soul rest in peace. 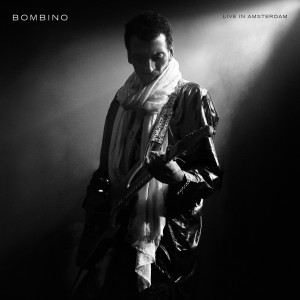