“‘History Repeats’ is as much a personal song as it is a song about us as a human species,” says Brittany Howard. “Our times of success may propel us forward, but our repeating failures hold us back from evolving into harmony.”

Howard will support the album with a North American tour and three shows in Europe including a night at London’s Hackney EartH on 29th August. See below for full itinerary. Fans can pre-order the album for early access to UK tickets on Wednesday 3rd July at 10:00am BST. Tickets go on general sale for all UK/European dates on Friday 5th July at 10:00am BST

Howard and her band made their live debut last week at the prestigious Cannes Lions International Festival of Creativity.

Howard recorded Jaime after a cross country drive that took her from Nashville to a small house in Topanga, CA – a rustic Los Angeles county town wedged between the mountains and the beach. She titled the album after her sister, who taught her to play the piano and write poetry, and who died of cancer when they were still teenagers.

“The title is in memoriam, and she definitely did shape me as a human being,” says Brittany Howard. “But, the record is not about her. It’s about me. I’m pretty candid about myself and who I am and what I believe. Which is why I needed to do it on my own.”

While Howard admits it was daunting, stepping out alone from her work with Alabama Shakes and revealing so much of herself, it was a necessary step. “I turned 30 and I was like, ‘What do I want the rest of my life to look like?’” she recalls. “Do I want to play the same songs until I’m 50 and then retire, or do I do something that’s scarier for me? Do I want people to understand me and know me, do I want to tell them my story? I’m very private, but my favorite work is when people are being honest and really doing themselves.”

She brought a handful of finished songs into engineer Shawn Everett’s L.A. studio. Once she started working with the band she had assembled – a core group of Alabama Shakes bassist Zac Cockrell,  innovative jazz-based keyboard player Robert Glasper and drummer Nate Smith – the music started to take shape. Different sounds and approaches began to emerge. Howard examines spiritual ritual on “He Loves Me” and celebrates love with “Georgia.” “Goat Head” is informed by the experience of growing up as a mixed-race child in the South while “13th Century Metal” grew out of Glasper and Smith jamming in the studio. See below for track listing.

As the frontwoman and guitarist for Alabama Shakes, Howard has become one of music’s most celebrated figures. The band has won four GRAMMY Awards and topped the Billboard 200 with the Gold-certified Sound & Color, the follow-up to its Platinum debut album, Boys & Girls. Howard has performed everywhere from the Obama White House to the Pyramid Stage at Glastonbury and Lollappalooza, where she sang with Paul McCartney at his invitation. In between albums and tours with Alabama Shakes, Howard grows restless. “To me, there is no time off – I’m a creative person and I need to create, or I just feel weird, not fully human,” she says. 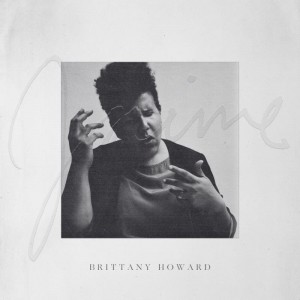