“A caustic piece of cyber-punk… Produced by Spring King’s Tarek Musa, there are shades of Savages or even Yeah Yeah Yeahs in [their] post-punk leanings.”  - CLASH

To mark the release of the new collection, the Manchester-based trio have also unveiled a lyric video for featured track and new single ‘Adelante’. Watch here: https://youtu.be/wsj4QxHMOtQ

With its snaking grooves, thundering percussion and discordant guitar breaks, ‘Adelante’ is both ensnaring of sound and sinister of presence. Inspired by those unexpected moments that lie around every corner, ‘Adelante’ is about preparing for when someone, or something, throws you right in at the deep end. Plunging us into the depths of the new track, frontwoman Jess Allanic explains its philosophical meanings further:

“’Adelante’ means going forward in spite of everything that life brings us. What distresses us the most is feeling how each unexpected situation paralyzes us with fear. Maybe knowing that we are all going to die anyway makes us realise that what counts is what is happening right now and thus living in the present without the rush to reach the future. We think looking forward without ruminating the past, avoiding impatience and obsessing over attachments is maybe the only thing that keeps us in the present.”

Falling into place as the third and final piece of the puzzle that is their engrossing new EP, ‘Adelante’ follows BBC 6Music/BBC Radio 1/Radio X supported former singles ‘Belicoso’ and ‘Sleeper’, all of which feature on their new EP: ‘Interlude For The Borderline Unsettled’. Out now, via Ditto Music, the EP arrives as the band’s first new material since their critically acclaimed debut album ‘Rhinoceros’ back in February of this year. With all songs written and recorded by Calva Louise, Spring King/Dead Nature maestro: Tarek Musa adds a little of his own studio flair to proceedings by taking on mixing and production duties throughout.

Calva Louise now look to let-loose their new EP on the live stage, with 4 UK headline shows planned for early December. After a summer of scorching live sets at major festivals the likes of Boomtown Fair and Kendal Calling, fans will be able to catch the band one last time this year at the following dates and venues:

Tickets are on sale now, at: 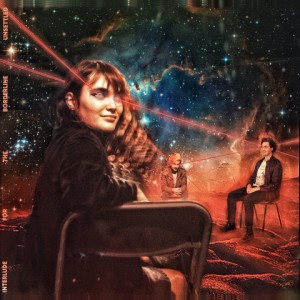 Coming together from all corners of the world with a sonic boom of sound, Calva Louise hail from Venezuela, France and New Zealand. Now based in Manchester, the band have been tearing up the airwaves in the UK and beyond with support from BBC Radio 1’s Huw Stephens, Jack Saunders and Abbie McCarthy, BBC Radio 6′s Steve Lamacq, Shaun Keaveny and the legendary Iggy Pop, BBC Radio 4’s Front Row, Radio X’s John Kennedy, as well as Communion presents, and Amazing Radio.

Also praised by tastemaker press such as Clash and DIY, the trio have gained a formidable identity as rebels with a cause, with Fred Perry even selecting the band as their ‘Best New Music’. Summoned to support Albert Hammond Jr, Spring King, The Blinders, Strange Bones, Razorlight and Hunter & the Bear on tour, throughout 2018 and 2019 the trio have left a trail of beautiful destruction across the UK and Europe, which only looks set to continue in 2020. “We’re kind of like nomads, we go where the music goes” says Jess.

Closing-out 2019 with an epic crescendo, the trio have released their ground-breaking new EP ‘Interlude For The Borderline Unsettled’ – out via Ditto Music and available on all digital platforms. 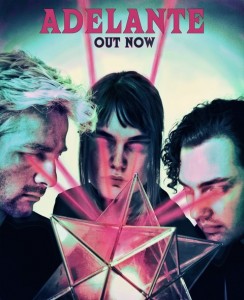