CAT SFX have released a new video for their fourth single “Upside Down”.

WATCH VIDEO TO “UPSIDE DOWN” HERE

Arriving with visuals shot by Ben Durling, the official video for “Upside Down” captures five off-the-wall live shows that find CAT SFX relishing the return of live music. Inter-spliced with catwalk footage from this year’s London Fashion Week, the video offers a fitting companion to a track that fizzes with the sassy punk-rock fusion of Blondie and Garbage in one.

Produced by Gordon Mills Jr and written by their dynamic lead singer Caterina Speranza, the subject matter of “Upside Down” discusses the constant pressures and anxieties we are exposed to in modern life. “I can’t watch the news no more, Wolves are howlin’ at the door, A whole society gone AWOL…” Cat decries, in lyrics that will strike a chord with just about anyone who has endured the hellish rolling bulletins of the past 2 years.

A well-known advocate for positive mental health, Caterina explains how the inspiration for the song came about:

“These days we are almost expected to be numb to survive. To become numb we are prescribed antidepressants which don’t address the pressures of life, they simply numb you in order to deal with the outrageous inequality many of us are exposed to”.

The latest in a formidable run of singles, “Upside Down” follows on from the electrifying post-punk thrash of the NME-praised “Reunite”, the electronic skewered fizz of debut single “Doom Generation”, plus the success of stadium-sized recent cut: “All The Money In The World” which received critical acclaim from The Times, Rolling Stone Italia and airplay from Jack Saunders on BBC Radio 1.

Recalling the outspoken punk rock spirit of X-Ray Spex to The Pretenders to Garbage, Cat SFX is the joint band and brainchild of Anglo-Italian artist Caterina Speranza and Gordon Mills. Forming her first band at the age of sixteen, The Vincent Fiasco in the midst of the 00’s band boom, Speranza cut her teeth playing high-profile support slots with Interpol and notably caught the ear of Alan McGee who staged the band at his legendary Death Disco Club.   After the band’s split, Cat moved to Milan to pursue a career as a professional songwriter with Sony ATV. Using her budding talents to instead work behind the scenes, Cat scored hits for an array of rising stars, most notably including Italian sensations: The Kolors who achieved meteoric success in their home country with a clutch of smash singles and a 4x platinum selling album.

Back in London, a little older, wiser, and angrier, Cat is ready to take centre-stage again and make her voice heard loud and clear with her own new project: Cat SFX. Reconnecting with Alan McGee during the filming for his “Creation Stories” film, McGee was suitably impressed with her new material and the pair struck a deal for a string of releases on his Creation 23 imprint, before signing up to his new label venture It’s Creation, Baby in 2021.

Expanding to a four-piece band based in recent months, CAT SFX are: Caterina Speranza (Vox), Patrick Murphy (guitar), Jacob Morris (bass), and Gordon Mills (drums). No strangers to the London rock and roll scene, Cat SFX are establishing themselves as one of London’s must-see live acts in recent months, playing an ‘Alan McGee presents’ show at Notting Hill Arts Club earlier this month alongside label pals The Gulps. With more shows in the pipeline, catch the band performing at a venue near you very soon. 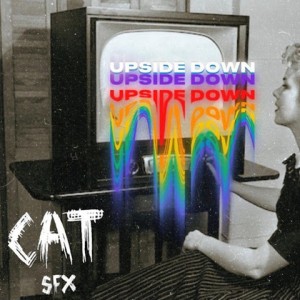