“explodes with angst and intensity… a snapshot of this moment.”
- LOUDER THAN WAR

“Cat SFX delivers a powerful and hooky vocal that is at once personal and universal speaking to the “doomed” generation, standing her ground to demand a “reality check”. Undeniable.”
- GOD IS IN THE TV

And to accompany the release, the London-based alt/pop artist is very pleased to present its official video. Watch here: https://youtu.be/HR2u-iQWcQM

Part animated, part live-action the video juxtaposes footage filmed in a brutalist council block in West London with unsettling imagery of jeering joker-like spectres and hallucinatory visions of cartoon consciences. Starring Cat in a medical gown and on the run from the powers-that-be, the video aptly reflects ‘Doom Generation’s dystopian visions and underlying themes of mental health and paranoia, as fantasy and reality begin to blur seamlessly into one another.

A meeting of creative minds, the featured animations were overlain by the prodigiously talented Madinka and Angus of What Year Is It? Productions (just 23 and 20 respectively); with additional footage supplied by Alun Davies and filmed in Wales on the same set that produced The Dark Knight blockbuster.

“We made the video with 0 budget, literally everyone just went for it and worked round the clock. We were all completely in sync with each other, really wanted to give it 90’S MTV vibe while delivering the message of the song, which I think they’ve done perfectly” 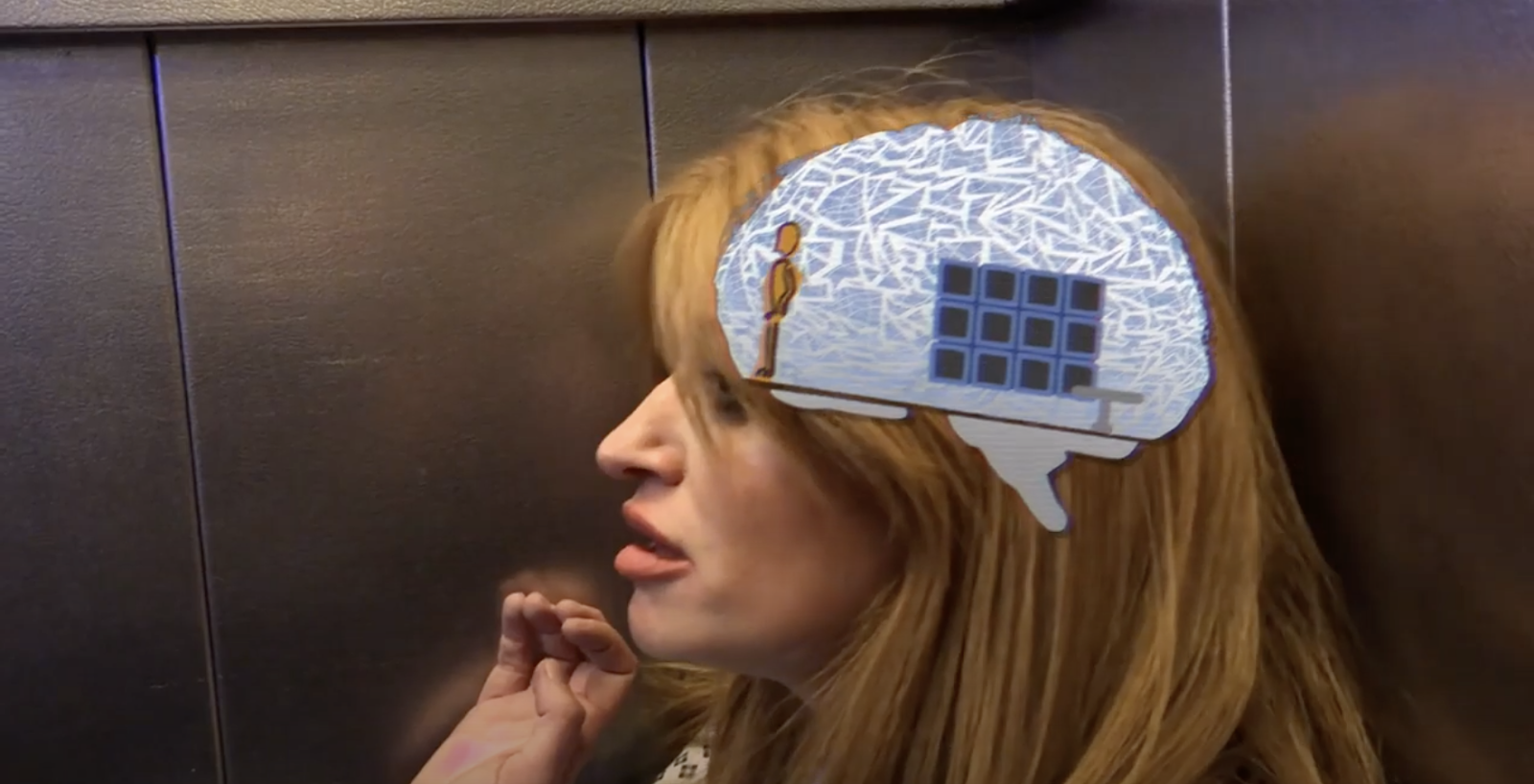 Channeling the low-slung cool of Shirley Manson, Kim Gordon or Emma Pollock, ‘Doom Generation’ oozes with a fervent do-or-die passion and an unerring alt-rock attitude impossible to fake. Originally beginning life as a poem, it found new life in song when Cat was introduced to songwriter/producer Gordon Mills in December last year. Helping her to finesse its glowing potential, the pair mixed and mastered the track in 2020.

With lyrics that shoot-sharp and strike between the eyes, ‘Doom Generation’ takes aim at those big businesses who profiteer at the expense of the vulnerable and exacerbate the situations of those most desperate in society. Recalling issues close to her own heart, the single sees Cat SFX stand her ground to demand a “reality check”. As Cat explains:

“Doom Generation is a commentary on my personal experiences of mental health issues, big pharmaceutical companies and their “cures”; the massive pressure that’s put on my generation by social media and a reality TV culture that dislocates us from our feelings.”

Cat SFX is the band and brainchild of Anglo-Italian solo artist based in London. Inspired by the early works of the Manics, NIN, The Nymphs, X-ray Spex, Placebo among others, Cat immersed herself in music from an early age and soon knew a career in music was the only life for her. Forming her first band at the age of sixteen, The Vincent Fiasco emerged in the midst of the 00’s band boom. Catching the ear of Alan McGee, he staged the Fiasco at the legendary Death Disco Club; a night that marked the beginning of a friendship McGee and Cat have retained ever since. As word about the band began to rapidly spread, with increasing live shows and a number of high-profile support slots for Interpol, expectations began to mount dizzyingly quickly for a band still in their early teens. Feeling the pressure, Cat instead made the conscious decision to cut herself off before falling into the tell-tale trappings that have consumed many a rockstar over time.

Moving back to Milan, she instead began to calculate the next stage of her career at her own pace. Finding a job with Sony ATV as a professional songwriter, swapping front-of-stage for a new life behind the scenes, she soon found her talents truly coming into their own. Scoring numerous successes as she shared her skills with an array of blossoming bands, Cat notably assisted Italian sensations: The Kolors achieve meteoric success in their home country, with a clutch of hit singles and a 4x platinum selling album.

Returning to London some years later, refreshed and reinvigorated Cat re-connected with McGee during the filming for his “Creation Stories” film. Mentioning that she had been working on a raft of new material of her own under a new moniker: Cat SFX; one listen to ‘Doom Generation’ and McGee was hooked.