CRY LP OUT NOW VIA PARTISAN

CIGARETTES AFTER SEX return with a brand new song, ‘You’re All I Want,’ their first since the release of their acclaimed sophomore album, Cry, last year via Partisan Records.

‘You’re All I Want’ chronicles the passion from a new love. The track is a pristine follow up from where Cry left off, but with a newfound vigor. Continuing to express love songs with an intensity and compassion unparalleled, ‘You’re All I Want’ builds into a pleasant escape to wrap yourself in.

LISTEN / BUY CIGARETTES AFTER SEX – ‘YOU’RE ALL I WANT’

“Recorded in the summer of 2017 during the sessions for our second album, Cry. The initial takes of the song were finished in the courtyard of the house we were staying at in Mallorca, late in the evening, right as a thunderstorm was rushing in over us. Almost 3 years later, having just moved to LA, I finally wrote the lyrics & they ended up telling a story I saw as a fantasy or dream involving my girlfriend & I. Sort of reversing our roles & retelling the way we met, while imagining what a sweet future might look like together…” – Greg Gonzalez

Cigarettes After Sex release their acclaimed second album Cry in October 2019, available to stream, download and buy via Partisan Records. Lead single, ‘Heavenly’ has seen over 40 million streams and the album received 4* reviews across the board, from the Guardian and Independent, to MOJO and Clash.

Recorded during night time sessions in a mansion on the Spanish island of Mallorca, Cry is a lush, cinematic meditation on the many complex facets of love – meeting, wanting, needing, losing… sometimes all at once. After decamping to Mallorca the same week that their self-titled minimalist pop masterwork debut was released in 2017, Gonzalez and his bandmates – Jacob Tomsky (drums) & Randy Miller (bass) – consciously let the striking location guide the initial Cry sessions. “The sound of this record is completely tied to the location for me,” Gonzalez explains. “Ultimately, I view this record as a film. It was shot in this stunning, exotic location, and it stitches all these different characters and scenes together, but in the end is really about romance, beauty & sexuality. It’s a very personal telling of what those things mean to me.”

While the music came quickly – often improvised on the spot – it would be another two years before Gonzalez would attempt to complete the accompanying lyrics. Helped by the burgeoning love of a new relationship, the influence of films by Éric Rohmer, and the songs of Selena and Shania Twain among others, Cry blends the carnal subtlety of their debut with a warmer palette. The album was self-produced and engineered by Gonzalez, and mixed by Craig Silvey (Arcade Fire, Yeah Yeah Yeahs).

‘You’re All I Want’ Artwork: 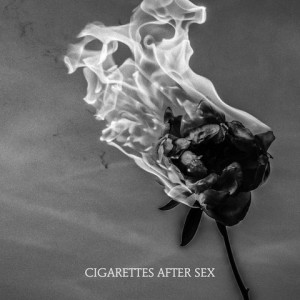 “Cinematic, sensual, and designed for late nights: Cry will have even the hardest heart swearing there’s something in their eye” – Another Man