ALBUM OUT 7 OCTOBER VIA FAT POSSUM

On the new single she beautifully marries the instrumentation of her earlier releases with her new album’s less traditional production on a song about bracing for the future of a new romance. Speaking about the new single, Courtney says:

“These words slipped out of my mouth one evening while speaking playfully with a lover, and we both agreed they needed to be a song about the unknowns of bracing for any romantic endeavor,” says Andrews of the song. “We always want to play it cool with love, but deep down our inner children are always afraid. In the studio, Sam Owens and I wanted to create the hopeful and free feeling of that sentiment.”

The single is the second to be released from ‘Loose Future‘, which was announced last month with the breezy and synth-abetted “Satellite“. That track arrived shortly before Andrews embarked on a European tour, that saw her make an impromptu appearance on stage with Wilco, performing their song “California Stars” with them at the UK’s Black Deer Festival.

To celebrate the theme of Loose Future: letting go of control, allowing love and fate to reveal itself in time, Courtney will also be doing a live Tarot reading with celebrity Astrologer, Rachel Howe (@smallspells), on her Instagram.

Andrews initially approached the album by writing a song every day. She felt “the sounds of summer” flowing through her writing, and gradually collected an album’s worth of material imbued with a sense of romance, possibility, and freedom. She enlisted Sam Evian (​​Big Thief, Cassandra Jenkins, Anna Burch) to co-produce the album with her and recorded the album at Evian’s Flying Cloud Recordings studio in the Catskill Mountains. Album credits include Chris Bear (Grizzly Bear) on drums and Josh Kaufman (Bonnie Light Horseman) on multiple instruments. 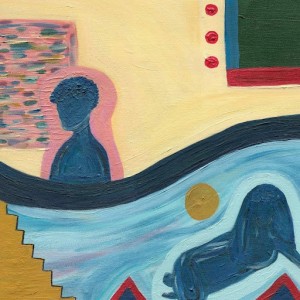