Spectral folk/pop with a tender Welsh soul, “Help Me” is the stunning new single by DANIELLE LEWIS.

Drifting on misty melodies that recall the atmospheric works of Julia Holter, The Weather Station or Julianna Barwick, Lewis’ beacon-bright vocal shoots through the soundscape with illuminating character.

Written on a chilly afternoon in Cardiff in 2019 after Lewis had just returned from a UK tour, gazing out at the January gloom beyond her window she was gripped by what she describes as a “sudden and cathartic moment of journaling”. Falling as naturally into place as the frost that clung to the frozen ground below, the words and music of “Help Me” came from within to capture a mood and moment in intimate detail. As Lewis says of “Help Me”:

“On reflection of ‘Help Me’, the lyrics shed a light on my inner dialogue at that moment in time, perhaps even another aspect of myself. It’s a reminder of the importance of self love that ultimately starts from within.”

Channelling these humbling spiritual observations through Lewis’ own unearthly vocal, “Help Me”’s startling potential was immediate. Reaching out to TJ Roberts, frontman of the eponymously titled Welsh indie/americana quartet, he added the brittle starkness of his acoustic guitar to crystallize a track of haunting, breathtaking beauty.

“There’s an underlying sense of power and drive from TJ Roberts’ beautiful guitar playing” says Danielle. “I felt the track warranted an acoustic and stripped back feel, almost as if it could be recreated time and time again. ‘Help Me’ ended up feeling despairing and enlightening all at the same time.”

Originally hailing from the West coast of Wales, Danielle Lewis crafts ethereal folk with saintly vocals from another world. Her writing is raw yet unfiltered, with a voice that has a haunting grace and momentous power.

Breaking-out with her ‘Live Forever’ EP in 2018, its bold authenticity began to attract attention on a wider scale, including that of Super Furry Animal Cian Ciaran, who even offered to remix its title track. Returning in 2019, the singer grew her reputation with the acclaimed single ‘A Woman Like You‘, an empowering track that expanded into the realms of dream pop and drew warm comparisons to Karen Carpenter. With her live plans shelved in 2020, Lewis took the opportunity to release two further tracks: “Life of Worth” and “Flower”, each of which find the singer delving into new sonic territory. 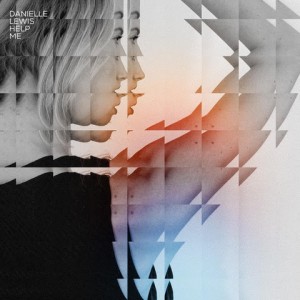