ANNOUNCES NEW SINGLE IN COLLABORATION WITH THE DUTCH EMBASSY: ‘A SCOTTISH MEDITATION ON FEELING BETTER’

Released in partnership with the Dutch Embassy in the UK as part of an innovative cultural exchange, this release sees the artist creating a space for listeners to pause, reflect and heal amidst the current chaos of the world. The track is paired with a new single by NL counterpart, Monokino: “Bend or Break” (released 29th January).

Beginning with the hushed mantra: “you are who you are, and you should know better” over a backdrop of  lilting, lullaby-like arrangements; the intentions of “A Scottish Meditation on Feeling Better” are crystal clear within moments. With notions of mindfulness and meditation oozing through every carefully constructed fibre, this is a record designed comfort and calm. To lift the listener from melancholia and to soothe mind, body and soul.

“‘A Scottish Meditation on Feeling Better’ is a gentle pop song about having hope and never giving up. Written in the weirdest of times, the song is a gentle reminder to those closest to me to hang in there and keep being themselves.”

With shades of the XX to Glasvegas, the Cocteau Twins to the Twilight Sad; drifty, pared-back arrangements, reverb-tinged basslines and pillowy percussives create a zen undercurrent over which McGuire whispers words of gentle encouragement.

With the UK and much of Europe feeling the pinching pressures of isolation in another lockdown, lyrics of reassurance like “there’s hope you know, don’t think about giving up… if you need help I will show you how” will feel like a comforting arm around your shoulder through these dark days.

Recorded and mixed by Danny in his home studio in September, “A Scottish Meditation on Feeling Better” was mastered by Matt Colton (Blood Orange, Caribou) at Metropolis Studios in London.

Danny McGuire is a Scottish music lover, musician and producer living & working in London. Perhaps best known as a member of the indie outfit Probably Oslo, Danny has worked with producer Brett Shaw (Foals, Robyn) at 123 Studios in Peckham where he and the band recorded recent singles inc. “Meridian Lines” and “Little By Little”, which received support from the likes of BBC Introducing and Amazing Radio. Having previously called Toronto, Brisbane and Amsterdam home, his connections with the latter neatly tie-in with the release of his latest solo single.

”A Scottish Meditation…” is released in partnership with the Dutch Embassy in the UK and Amsterdam-based artist Monokino. Looking to build bridges between the UK and The Netherlands through their shared passion for music in the absence of live events, the Embassy has sponsored both Danny McGuire and Monokino to release an exciting single each in a unique musical exchange between the two nations.

Having planned a joint NL & UK tour for the winter of 2020 prior to the COVID 19 pandemic, Danny and George were likely allies for this collaborative project. As the live music scene across Europe shut down last year, the artists found themselves having conversations and ideas about how to express their experience of what was going on. Encouraging each other to independently produce a piece of music reflective of their current experience, out of the ether appeared “Bend or Break” and “A Scottish Meditation On Feeling Better”, by Monokino and Danny respectively.

Intending to up-end the negative emotions and stresses caused by the virus, together the two songs represent a celebration of creativity, collaboration and shared culture as two nations and two artists come together against the odds. 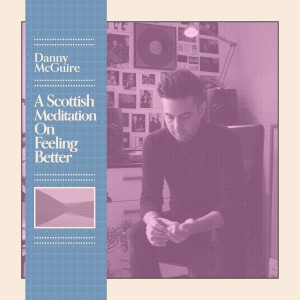 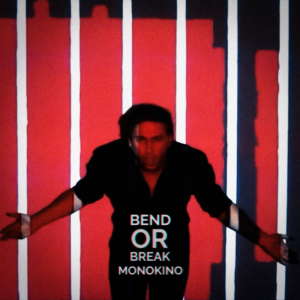 “A SCOTTISH MEDITATION ON FEELING BETTER” IS RELEASED 5th FEBRUARY 2021

“BEND OR BREAK” BY MONOKINO IS RELEASED 29th JANUARY 2021