STREAM THE ALBUM IN FULL HERE

In honour of the occasion, the Anglo-Scottish band are celebrating the record hitting the shelves with the release of a new session video for the aptly-titled track: “Little Victories”.

One of ‘Nothing’s On…’’s most dynamic, versatile and enlivening moments, “Little Victories” corkscrews through nimble guitar lines to thunderous rock breakdowns; with a show-stopping confidence born for the big rooms. A song ultimately about a past relationship that spiralled out of control, Will Irvine of Daytime TV says of “Little Victories”:

“It might not seem like it because it’s so upbeat but this was a pretty painful song to write… The ‘little victories’ are the small things you can take away and keep for yourself when everything seems to be crumbling to the ground at your feet. The best line to sum up the whole song is “this isn’t what I pictured”. I think loads of people have had that feeling after really getting to know someone to the deepest level.”

The track is one of twelve such cuts to tune-into on Daytime TV’s ‘Nothing’s On But Everyone’s Watching’ – which is out now, via the Allotment label. An album about humanity and alienation, connection and disconnection, interactions and distractions; ‘Nothing’s On But Everyone’s Watching’ ultimately explores our relationship with technology and the complex relationships it creates between us as human-beings.

Produced by GRAMMY®-nominated Romesh Dodangoda (Bring Me The Horizon, Twin Atlantic, Lower Than Atlantis), ‘Nothing’s On…’ was mastered by the legendary Robin Schmidt (Placebo, The Black Keys). The results make for a record that flickers from ‘AM’-era Arctic Monkeys rock swagger (“Side Effects”, “Zombie”) to heart-swelling electronic-gilded anthems (“Communication”, “Dirty Love”) with a pop appeal that’s tailor-made for entertaining the masses.

DAYTIME TV are a four-piece alternative rock band currently based in Edinburgh + London. Releasing a string of singles in their short time together including ‘Communication, ‘Ugly’ and ‘Zombie’, the band have taken over the airwaves of Kerrang! Radio, Amazing Radio and BBC Radio Scotland, notched up plays on major playlists including Apple Music’s ‘New In Rock’, plus Spotify’s ‘Scotify’ and ‘Hot New Bands’. Championed as one of Rock Sound’s Breaking Through artists for the future, the band have even earned an unlikely fan in Hollywood star Margot Robbie.

Completing their ‘The Tour That Will Absolutely Happen’ Tour in the Autumn (which included multiple SOLD OUT shows), Daytime TV also performed to huge crowds at TRNSMT and Murrayfield Stadium, as well as supporting Two Door Cinema Club and The LaFontaines at major venues.

Looking to recreate the magic of those shows, Daytime TV will shortly play their first shows of the year in support of Blue October on their upcoming March UK tour. Full dates are included below. 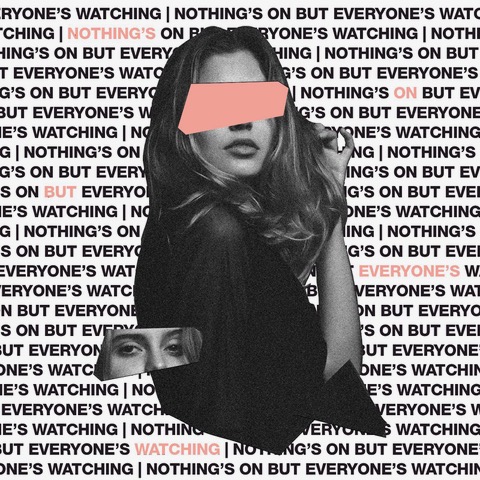 Daytime TV’s ‘Nothing’s On But Everyone’s Watching’ is released on the Allotment label today. A record that encourages humanity to stare beyond the screen and see the bigger picture, tune-in and turn it up NOW.

OUT NOW, VIA ALLOTMENT