TO MARK RELEASE OF DEBUT EP: TAKING MY SHADOW

- OUT TODAY ON DEAD NATURE RECORDS

Today, DEAD NATURE – the reincarnation of ex-Spring King wunderkind Tarek Musa – celebrates the release of his debut solo EP with a tenacious new single: ‘Fire In Your Soul’.

LISTEN TO ‘FIRE IN YOUR SOUL’ ON:

OR LISTEN TO THE FULL TAKING MY SHADOW EP HERE

The opening song of the Taking My Shadow EP,  ‘Fire In Your Soul’ bolts out of the starting blocks with an incendiary blast of art-rock energy and sets the pace for a 4 track release of sustained gusto and imagination. One of the earliest track’s Tarek penned as Dead Nature, the new single finds the innovative artist & producer doing what he does best; building a spectacular composition with heart from the most unlikely and primitive of beginnings. As Tarek explains:

“Fire In Your Soul was one of the first songs I wrote for this EP. The voice note on my iPhone was just a bass guitar and a mumble of vocals, but I knew the message for this song was meant to be about pulling through challenging times. I had a close friend that was always on my mind, and I knew there was only so much I could do to help them. The overspill of emotions I had were channelled into this song as a message for anyone going through a tough time.”

‘Fire In Your Soul’ very much rings the tone musically and emotionally for Tarek’s first solo collection, a release that sees him breaking away from his indie-rock roots and propelling himself into the dreamy stratospheres orbited by Arcade Fire or The War On Drugs. Written at a crucial time in his prolific songwriting career, the EP finds Tarek reaching out to explore new corners of himself and his sonic capabilities as he sets foot upon a new and exciting path in the industry alone. Intrinsic, euphoric and fierce of delivery, the results alight an astounding spark of musical determination that throw open wide the possibilities for the future.

“I’ve written these songs with my heart on the line” says Tarek of the new EP, “they come from a place of creative peace. Putting these songs out is the beginning of a new chapter for me”.

Euphoric previous single ‘In My Heart’ refuses to let up the EP’s trailblazing beginnings, basking the listener in a wave of thunderous drum cascades and electrifying buzz-wire guitars. Designed as an escapist anthem to break through the bind of any shackles that may hold you, the track finds Tarek looking back on the relationships of yesterday with the wiser eyes he wears today. “My teenage years are all over this song” he says “it is definitely a song about escaping and leaving your past behind.”

Elsewhere, the erudite Musa channels the eternal philosophy of Marcus Aurelius in the cerebral ‘Pride (Wake Them Up)’. Referencing the personal writings of the Roman Emperor published as the Meditations collection, Musa found inspiration in his ruminations on the dichotomy of pride and its inherent deceptiveness. “Spending good chunks of my life touring and locked away in a studio, there have been moments where I have questioned my surroundings, and the effects they can have on mental health.” he says, “Pride is a master of deception: when you think you’re occupied in the weightiest business, that’s when he has you in his spell.” – Marcus Aurelius said that”.

Book-ending this distinctive collection of songs, ‘Rookwood’ seals the Taking My Shadow EP with a sense of cathartic and atmospheric closure. Unlike anything the artist has produced before, the song is a ballad written for Tarek himself, a diary entry about life in his childhood home dusted-off and opened up for the world to read. It’s a deserved moment of honest indulgence and intimate reflection that sits amidst a career of writing for the bigger picture. As spacial synthesisers hum and whirr into an elegant crescendo, ‘Rookwood’ guides the listener to a grandiose finale fitting of this startlingly ambitious debut EP.

As the winner of Self-Producing Artist of the Year at the Music Producer’s Guild Awards in 2017, logically the Taking My Shadow EP was written, recorded and produced by Tarek himself at his studio hideaway in Liverpool. Additional production input on the record came from friend and fellow music producer Joe Wills.

A vivid and heartfelt listen, that reflects upon Musa’s anxieties, ambitions and hopes, the Taking My Shadow EP is a bold rebirth and a spellbinding debut release as Dead Nature. This is just the beginning.

Taking My Shadow, by Dead Nature is out today (26th July) on Tarek’s own Dead Nature Records. 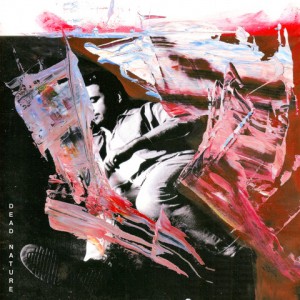