Plotting a rapid follow-up to their acclaimed 2021 debut album, the track arrives as the first insight of what the band confirm will be their upcoming second full studio release.

Whereas much of their debut album, ‘Deathretro’, was thrashed out during the band’s first incarnation almost 15 years ago, “Exit Point” stands as Deathretro’s first completely original composition in over a decade.

A frenzied post/punk thrill, it veers and swerves through surf-carved curvatures and barbed guitar prangs, as the band spout nihilistic lyrics for the end-of-days.

“In the bowels, the people scream. Humanity, it appeals to me. Dirty machine, a wretched beast, We give life to the old devil,” howl Deathretro.

Touching on the darkest of themes with a white-hot intensity, “Exit Point” rages against religion and propaganda in a dystopian realm of vivid, Dantean imagination.

Having already aired the track live at a smattering of live fixtures, Adrian of Deathretro sums-up the response so far:

“This is the only second album track that we have played live and to great reception…It’s punky, urgent, does it’s job and f**ks off”

Around the release Deathretro are lining up a run of Spring headline shows and Summer festival dates (including Bluedot and Kendal Calling) that will offer fans another opportunity to catch the band performing “Exit Point” live. Full dates are as follows:

Founded by Kie, Adrian and Boone, three friends from the villages of Cumbria, Deathretro forged a sound alive with the drama of the sprawling hillsides that surrounded them and the local party scene they grew up in. Now based in Manchester and accompanied by producer and drummer Grant Henderson, the band finally released their self-titled debut late last year.

Crafting an infectious melee of rip-roaring guitars, raw vocal delivery and punchy disco-punk energy, the band’s debut gained praise from the likes of Louder Than War who praised: “a genuinely exhilarating experience… It could be argued that Deathretro are the country’s best kept musical secret”, before awarding the album a top 40 place in their Best Albums 2021 list.  Likewise, in a four-star star review, The Yorkshire Evening Post, the newspaper enthused the record as: “unyielding… a superb prospect.”

Proving that rest is only for the wicked, earlier this year Deathretro rapidly followed the release with an innovative new EP: ‘Pistols’. Offering the title-track to a cast of skilled producers, the EP offered-up a series of pulsing new creations from remixers including San Francisco-based The Olchemist (a frequent collaborator of Deathretro and Hello Cosmos),  Joe Thompson (who has overseen over 100 releases in his 15 years in the industry including work by Grammy-nominated songwriters) and Craig West (one half of Edinburgh-based DJ and production duo Two Guys). Listen to the ‘Pistols’ EP in full HERE 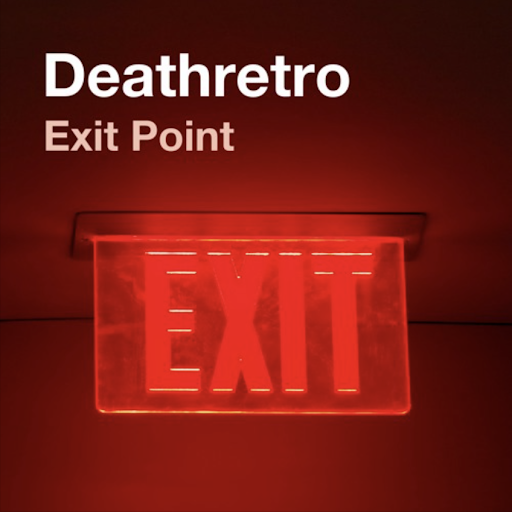