The new track arrives as the band also confirm *new* and rescheduled shows for May / June 2022 – full details are listed below.

The track is the fifth song to be shared from their first album in over three years, “Normal Fears”, which sees the band return, but not as you know them. The album is a lush lesson in letting go. Gorgeous, groove-led singalongs steeped in electronics find the band in a playful mode, putting break-ups, old ways of working and everyday worries behind them to start afresh, sunny side up.

Boisterous and anthemic, “Better Friend” continues to see the band expanding on their sonic palette merging hook driven guitar and euphoric synth lines with passionate and uplifting vocals. Thematically, the single is an ode to friendship and it’s accompanying video reflects this with behind the scenes studio footage of the band writing and recording, as well as them cooking a meal and enjoying time together.
Speaking on the single, frontman Ross Leighton says, “”Better friend is about losing touch with people when you’re growing up and wishing you were better at staying in touch. Sometimes life gets in the way, but if the last few years has taught me anything it’s that life is better with the people you love. It’s an anthem about friendship and an apology for letting it slip. It was the first song that I wrote for Normal Fears in my old bedroom in Kilmarnock and it really felt like the first normal fear I had going into the record. It became this reference point for melody and groove that the rest of the record built on. I think everybody has felt a bit out of sorts before and gotten themselves into a space where they lose touch with people that are close to them. This song for me is a reminder to just get back in touch and start to rebuild. I love it!”
FATHERSON – UK SHOWS 2022
MAY
May 18th – Newcastle, The Cluny
May 19th – Leeds, The Wardrobe
May 20th – Birmingham, Castle & Falcon
May 21st – Swansea, Sin City
May 24th – Cambridge, Portland Arms
May 25th – St. Albans, The Horn
May 27th – Aberdeen, Lemon Tree
May 28th – Glasgow, Barrowland
May 29th – Manchester, Academy 2
JUNE
June 2nd – Bristol, Exchange
June 3rd – Nottingham, The Bodega
June 10th – London, Islington Assembly Hall
June 11th – Stoke On Trent, The Sugarmill

The follow-up to 2018’s “Sum Of All Your Parts”, “Normal Fears” was largely written remotely, with Ross in his native Kilmarnock and bassist Marc Strain and drummer Greg Walkinshaw in Glasgow.

“Our aim was to drop our guard,” says Ross. “Forget what we thought we knew about making music and just have fun. It was less about searching for a sound than trying out new ways of working. We were open to anything.”

“Normal Fears” got underway a few weeks pre-pandemic but took flight with the first lockdown. Stuck at home, Fatherson embraced the new normal and the fresh possibilities it posed.

“Luckily, lockdown was ideal for this album,” says Ross. “The separation gave us clarity. We’d send song parts to each other then each go away and work on them, trying out mad ideas we might not have suggested had we all been together.

“There was no pressure because no one knew when the world would open up again. We had the time to be creative and recapture the feeling we had when we first became a band, when there were no expectations of how Fatherson should sound.”

To help shake up their sound, the trio invited a cast of friends to contribute. Ross’s first remote writing session was with Danny Morgan-Ball. The plan was just to jam. But after a natter, the pair wrote two songs in under two hours – one of which was the album’s lead single “End Of The World”. The other was the widescreen “Love For Air”, on which sinuous melodies capture the rush of falling in love and a choir-backed chorus recalls Songs From The Big Chair-era Tears For Fears.

Ross wrote “Normal People” with Rich Turvey (Blossoms, Courteeners), inspired by both watching the TV series of the same name and Ross’s new relationship. “The Feeling and The Sound” is sun-soaked pop which sums up the redemptive nature of “Normal Fears” and was co-written with Seton Daunt (Kylie, Amy MacDonald). The shimmering “Dive” was inspired by Haim, features Amber Run’s Joe Koegh on backing vocals and nods to Radiohead in its middle eight.

When lockdown lifted in early summer, Fatherson returned to their Glasgow studio and, in October, the band decamped to RAK studios in London with producer Steph Marziano (Hayley Williams, Denai Moore, Mumford & Sons) and engineer Isabelle Gracefield (Dua Lipa, Stormzy), where “Normal Fears” took yet another twist. Rather than record everything live, as Fatherson previously had, songs were torn apart and reassembled, pianos fed through cassette players and ping pong balls introduced.

“We put 30 ping pong balls inside a snare drum and shook them around to get a sample for Honest To God,” says Greg, “Other times we bounced them off walls.

“There’s the sound of a dropped sandbag in there and a sample of a river in Kilmarnock which I had recorded as a wee nod to home. We added found sounds from the street, including a couple having an argument. The synth at the start of Love For Air is the song played back into a toy keyboard.”

Ross played the studio’s precious acoustic guitar which was used on Radiohead’s Fake Plastic Trees and is kept under lock and key. Drunk on cocktails one night, everyone took turns to whistle on the groovy 365, which features more ping pong balls in its middle eight.

“It was the most fun we’ve ever had making an album and I hope you can hear it,” says Ross. “It’s also a lesson to ourselves. We’re best friends in a band. Life is more than alright.” 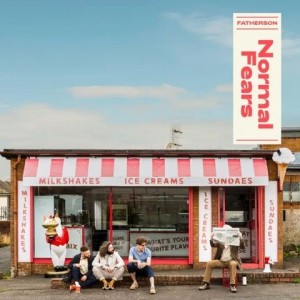 Tracklisting:
1. End Of The World
2. Love For Air
3. Normal People
4. Everything
5. Do It For Yourself
6. Honest To God
7. That Feeling and the Sound
8. Dive
9. Better Friend
10. All The Time
11. 365
12. Crying Wolf
13. Wreckage in the Rubble
FOR MORE INFORMATION
Facebook
Twitter
Instagram
YouTube
Spotify
Or please contact: thom@sonicpr.co.uk 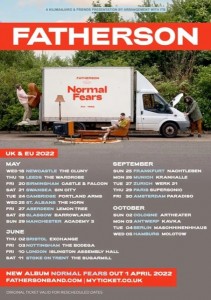