2021 marks the 50th anniversary of two of FELA KUTI’s most beloved recordings, ‘London Scene’ as well as the legendary record he made with Ginger Baker of Cream.

In addition, a newly unearthed second drum solo from Tony Allen and Ginger Baker taken from Afrika 70’s performance at the 1978 Berlin Jazz Festival is available to stream now. A separate Allen/Baker drum solo appears on previous versions of ‘Live! With Ginger Baker,’ but this second part has never been heard until now. Listen below: 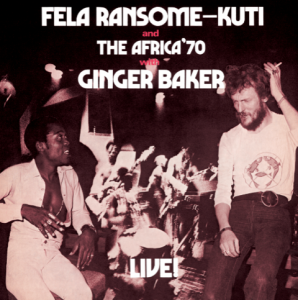 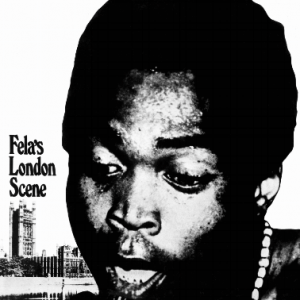 Earlier this year, Fela was among the nominees for the Rock + Roll Hall of Fame’s Class of 2021, coming behind only Tina Turner in the fan vote. Fela also features prominently in a recent episode of Hulu’s docuseries ‘McCartney 3, 2, 1,’ where Paul McCartney cites Fela as one of his important influences. Fela’s song “Let’s Start” (which appears on ‘Live!’) is also featured in the trailer for the upcoming Netflix movie ‘The Harder They Fall’ (starring Idris Elba, Regina King, and Lakeith Stanfield).

Fela’s legacy spans decades and genres, touching on jazz, pop, funk, hip-hop, rock, and beyond. While he never achieved true icon status during his lifetime, the last (roughly) decade has seen a broad resurgence in his popularity, and a critical reevaluation of his life, music, and influence. In 2008, the biographical musical ‘Fela!’ (co-produced by Jay-Z and Will Smith) became a surprise hit off-Broadway and then Broadway itself. Since then, Beyoncé performed Fela’s “Zombie” at Coachella, he’s been called out as an influence by everyone from Paul McCartney to Questlove, and sampled by Missy Elliott, Kendrick Lamar, J. Cole, Nas, and more. Vice President Kamala Harris even used Fela’s music at her and President Biden’s first joint event together.

This year, Partisan Records (home to Fela’s catalog) launched a scholarship program at the famed Trinity Laban Conservatoire of Music and Dance in London (Fela’s alma mater, back when it was known simply as Trinity College of Music). Further details on the scholarship can be found here.