Having just wrapped their first North American tour since 2019 and a short run of intimate sold out record store shows in the UK, Fontaines D.C. have unveiled a video for their latest single “Roman Holiday”.
Taken from their new album Skinty Fia, which debuted at #1 on both the UK and Irish Official Album Charts, the track’s 70s heist-inspired video is “the result of attempting to challenge the monarchy and watching too much of The Rockford Files,” according to director Sam Taylor. It captures the band on a road trip with a bear in tow through a retro lens.
WATCH THE VIDEO FOR “ROMAN HOLIDAY” HERE
The band, who made their NPR Tiny Desk Concert debut during their recent US run of shows, as well as a three song performance on CBS This Morning’s Saturday Sessions and their first in-studio TV performance – at NBC’s Late Night with Seth Meyers - since the start of the pandemic, have announced a new slew of US dates beginning this September with Primavera Festival in Los Angeles. For this second run of Skinty Fia shows, the Grammy-nominated band will make stops in Atlanta, Nashville, Boston + more, before heading onto their highly anticipated UK dates in November.
The new dates will follow an extensive string of EU and UK festival appearances with the band already having played at BBC Radio 1’s Big Weekend last month, where they also performed their latest single “Roman Holiday” to packed-out crowds — Watch HERE
Full dates below – tickets and more info HERE 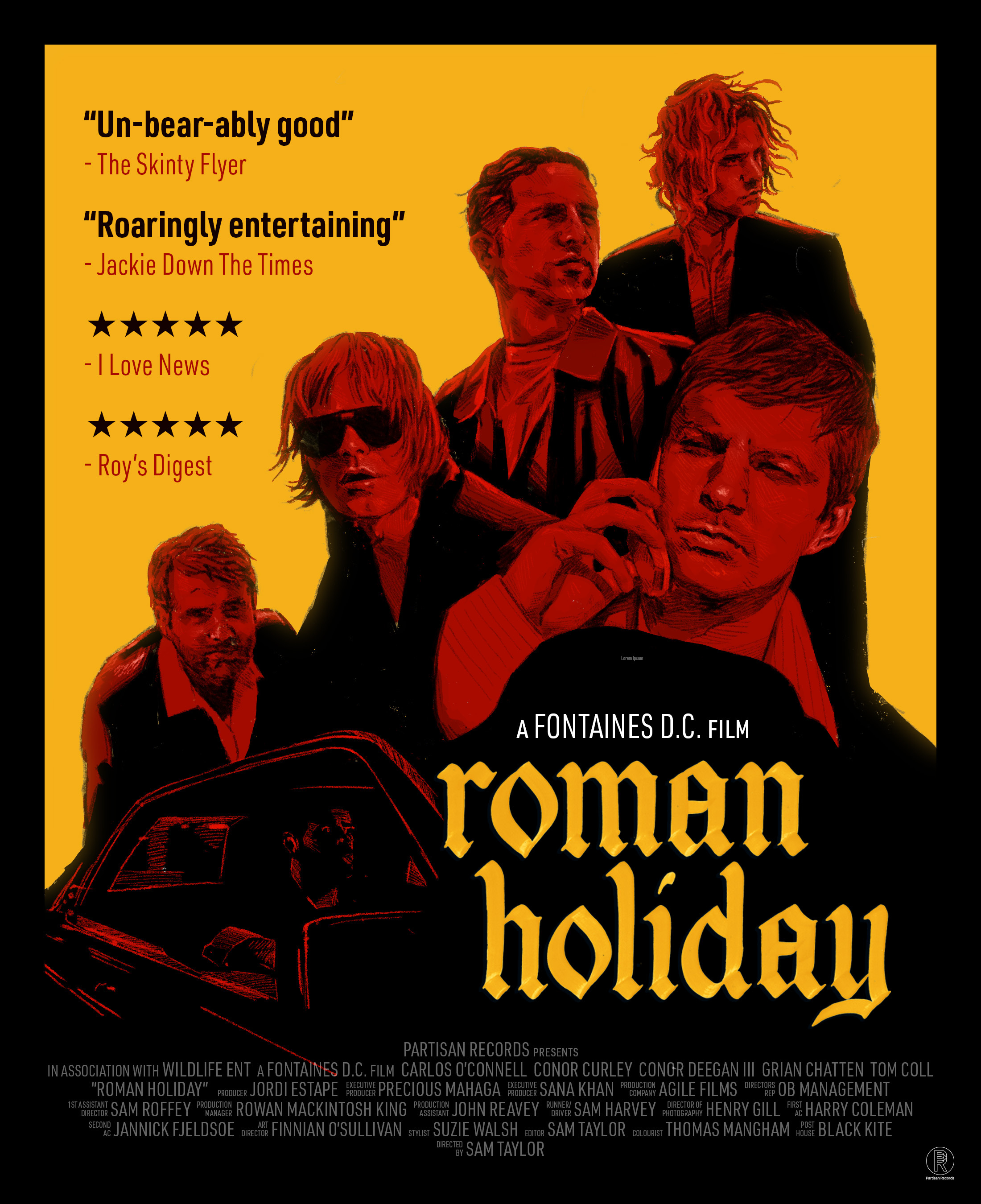 Selected praise for Fontaines D.C. and Skinty Fia so far:
“An instant classic of an album” - The Times (5/5)

“Skinty Fia is another triumph for this era’s most vital group.” – Record Collector (4/5 – New Album Of The Month)

“their most melodic, immersive, powerful songs yet” – Sunday Times Culture

“one of the most thrilling guitar bands to emerge this century” – Mr. Porter

“An emotional tour de force” – Observer (on I Love You)