London based five-piece HMLTD’s debut album, the expansive, labyrinthine West of Eden, is out today via Lucky Number. Several years in the making, the daring collection of songs created to incite conversation about proposed new visions of masculinity, the decadence of western capitalism and the violence of insecurity and repression. It includes explosive comeback singles ‘LOADED’ and ‘The West is Dead’, plus the stunning curveball of ‘Why?’ and the boldly optimistic anthem ‘Blank Slate’. Across these 15 tracks the band realise their artistic vision in full technicolour, with all shades of their sonic palette used to create an album that is equal parts lush and abrasive.

Vocalist Henry Spychalski describes the album thus, “West of Eden is a portrait of a civilization on the brink of collapse. This is the world our generation will spend its lives in, and we somehow need to find love and meaning within it. This album is about the struggle that we will all live, and about turning that struggle into joy.”

To celebrate the album’s release, the band have also shared an enigmatic new video, entitled the “West of Eden Chapter 0: Prelude” featuring a tantalising snippet of new unreleased music, and animated by their frequent collaborator Mike Raymond, who also designed the striking album artwork.

Henry says of this video, “This film is part of an ongoing collaboration with our friend and artist, Mike Raymond. Mike works tirelessly in the 3D world to make his films, often spending 12 hours a day within virtual reality. When he leaves, he experiences withdrawal symptoms and motion sickness. This film is a prelude to our debut album, West of Eden, released today. It envisions a future where all memories of civilisation have long ceased to exist. The West has died long ago. All that remains are ruined artefacts, the last residue of Western mythologies.

Wake up darling, morning’s breaking. The world is ending. But it’s fine. All we ever want and ever were is lost in time.” 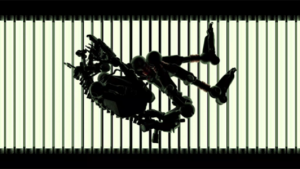 Following a recent run of intimate shows, HMLTD will tour across UK and EU this month. The band also will be performing at a special album release party at The Windmill in Brixton, tonight, Friday 7th February. See below for all tour dates and further info. 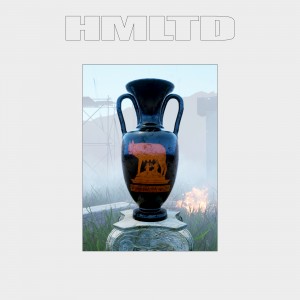 3. The Ballad of Calamity James

12. Nobody Stays In Love

Listen to the album now