THE FIRST TASTE OF UPCOMING DEBUT ALBUM:
ARCHITECTURE
OUT 1 MAY 2020

Arguably one of the most uncompromising and idiosyncratic acts around, Manchester’s post-punk quartet ist ist have been carving their own niche since their inception just over five years ago. Refusing to bay to industry influence of any kind, the band have managed to forge a reputation for being driven and dogmatic, and in doing so have garnered a burgeoning army of fans that are only too happy to follow them up and down the country.

Their latest single, ‘Wolves’ is the first taste fans will get from their recently announced debut album: Architecture, a body of work which for many, not least the band themselves, has been a long time in the making.

Three-and-a-half-minutes of progressive post-punk, it’s the perfect antithesis to the cookie-cutter indie-pop that so often calls Manchester home. Dark and brooding, a bed of eerie electronics introduces the underlying menace of the track which acts as an allegory for the current socio-political climate. Documenting a woman’s descent into paranoia and nightmares of wolves taking her child – the animals themselves a metaphor for social services – frontman Adam Houghton’s distinct baritone is the perfect precursor to the darkness that follows.

With such an inherent darkness bubbling beneath the surface, it’s only fitting that the band’s visuals match as well, and the ‘Wolves’ video only exacerbates the sense of paranoia and disorientation. Like a bad trip one can’t shake, greyscale visuals flick across the screen, joined by kaleidoscopic images of wolves, coal, and the bleak brutalist architecture that’s played such a permanent part in ist ist’s imagery. It’s the band’s own brand of Lynchian dystopia, aiding an aesthetic with which they’ve become synonymous.

This is only the first taste, however. Each single taken from Architecture will have its own accompanying visuals that will make the descent into ist ist’s psyche all the more visceral. Something that should come as little surprise for anyone that’s followed the band since their inception, with light shows becoming an integral element of the ist ist live experience more and more.

It’s these shows on which ist ist cut their teeth, cementing their reputation as a true force to be reckoned with. Next of these, is a single launch at Manchester’s iconic Sacred Trinity church, a venue perched precariously on the industrial border of Manchester and Salford and that has previously played host to the likes of The Slow Readers Club. Taking place tonight (January 30th) to celebrate the release of ‘Wolves’ – it’s a rare chance to see the band before they embark on a seven-date tour of their biggest headline shows to date in the Spring. 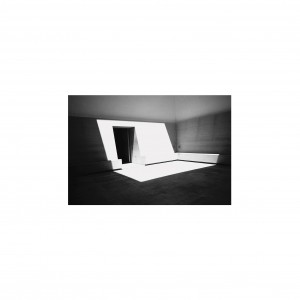