JAMIE PERRETT returns to the spotlight with a stately new solo single: “Angel of Santiago”.

“You appear like a gift from god, now i’m lost without you” coos Perrett, on an indie-pop offering seemingly sent down from the heavens. Part love-song, part-travelogue it’s a picture-perfect postcard about finding your way in the world.

As he says of the single:

“A short song but a much greater love story. Written in tribute to an under-appreciated guardian angel, “Angel of Santiago” chronicles the mistakes and pitfalls to be encountered along the perilous journey of life.”

Straying at just over the 2 minute mark, Perrett exercises his family trait for potent, poignant alternative-pop pearlers with gusto on what makes for an assured new solo release.

The “Angel of Santiago” was primarily recorded at 123 Studios in Peckham with additional overdubs made later at his home in London. With Vocals, Guitars, Synth, and Percussion performed by Jamie Perrett, its chiming backing vocals were provided by Jenny Maxwell, Jake Woodward added drums, whilst Jamie’s brother Peter Perrett Jnr handled Bass duties. Mixed by Tony Draper and mastered by Brian Lucey at Magic Garden, the single was also self-produced by Perrett.

A solo artist and producer based in London, Jamie Perrett has rock’n’roll coursing through heart, mind, body and soul. Initially earning his stripes as a guitarist in the original line-up of Peter Doherty’s Babyshambles; Jamie is also notably the son of The Only Ones icon Peter Perrett with whom he played a pivotal role in masterminding his creative rejuvenation of recent years. Laying down his understatedly expert skills on lead-guitars and backing vocals, Jamie also contributed his own songwriting and production nouse to proceedings to help birth the critically acclaimed releases: ‘How The West Was Won’ (2017) and ‘Humanworld’ (2019),  released on Domino Records label.

Fast forward to 2021 and Perrett is stepping out of the shadows and onto centre-stage, in the spotlight. Creating songs with a nostalgic tint and a timeless feel that touch on New Wave-esque romanticism to 50s Doo-Wop and more, Jamie has been honing a solo repertoire just aching to be heard and loved for years to come. Releasing his debut solo single “Masquerade of Love”  via Ditto Music to praise from the likes of Louder Than War, KEXP, Vive Le Rock, and Clash, Perrett follows the release with the equally sublime new single: “Angel of Santiago” this Autumn.

With a London headline show in a matter of weeks, standby for further new music from Jamie Perrett very soon. 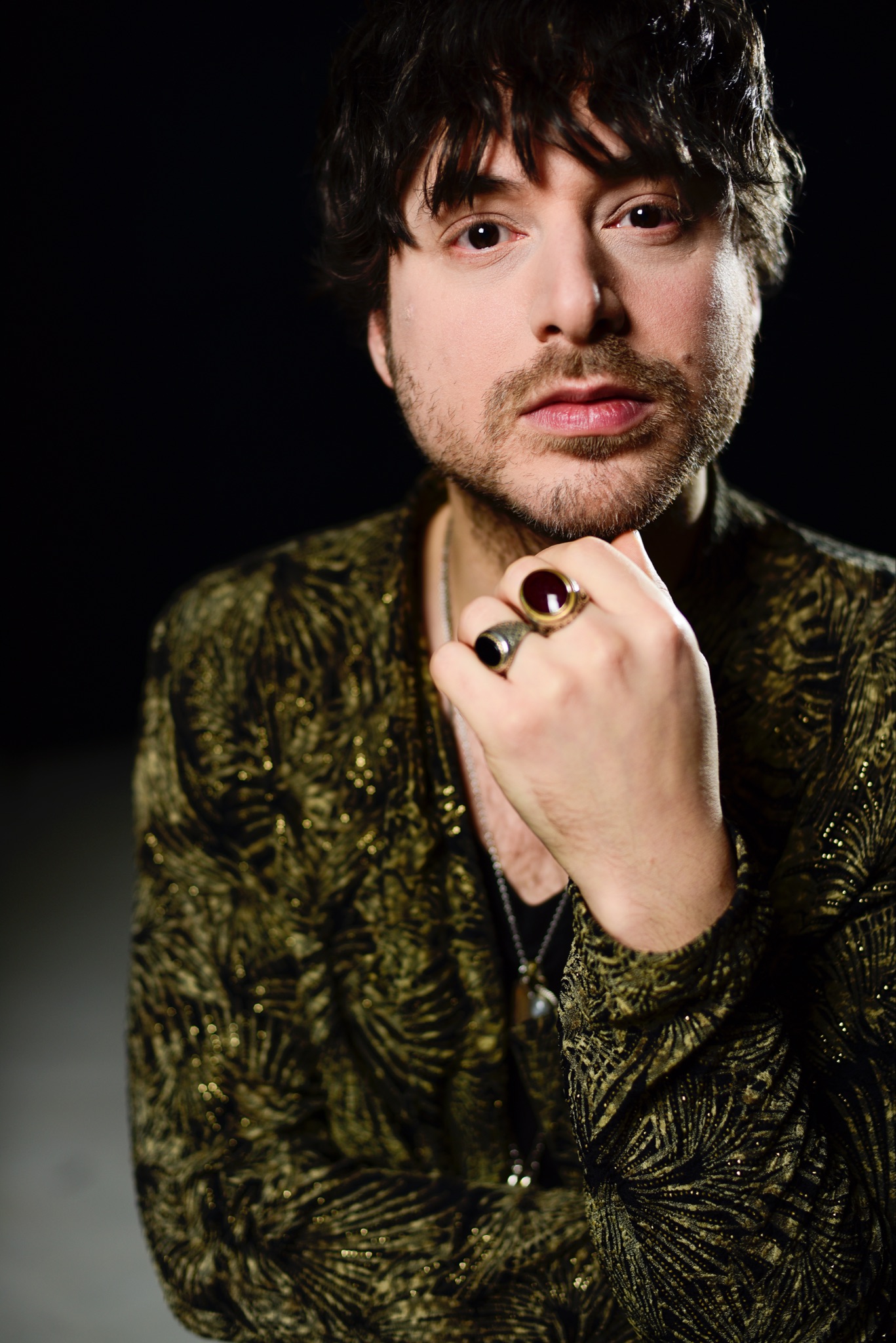