‘Supernova’ is the sublime new single from – KETTLE OF KITES.

With the release of their sci-fi inspired new album, ‘Arrows’, fast-approaching, ‘Supernova’ offers another illuminating insight into the many cerebral discoveries that await.

A celtic-inflected cosmic wonder, ‘Supernova’ finds Tom Stearn and co. utilising the organic and electronic to create a complex composition that pulses with hypnotic rhythms and twitching percussion.

With artists from Kraftwerk to Kate Bush having ruminated on the potential for love between man and machine, ‘Supernova’ sees Kettle of Kites carrying the torch for this unusual songwriting tradition with their latest single. In line with the other songs to be found on upcoming album ‘Arrows’, ‘Supernova’ takes inspiration from the works of iconic science fiction writer Isaac Asimov, with this particular track homing-in on one of his classic tales which follows a girl who finds herself falling for a robot.

“‘Supernova’ is in fact a love story between a robot and a human, but it’s not clear which is the human and which is the robot. It’s a reflection on what love really is, how it affects us and where the line is between the realities and fictions we tell ourselves, between ‘programmed’ feelings and the inexplicable reasons we love something or someone.”

The single is accompanied by an exquisite new video directed by Tiziano Colucci. Exploring the themes expressed by the song, the ‘Supernova’ video creates a visual storybook of places where the natural and man-made worlds meet and the beauty or juxtaposition that is created in these situations. Shot in a number of locations around Italy, using Super-8 analogue film, the video provides a fittingly retro-futuristic aesthetic of rich, nostalgic and imperfect character.

‘Supernova’ is the latest in a string of singles including ‘Orchid’, ‘Weathervane’ and ‘Oliver’ that chart the pathway to the band’s much anticipated new album ‘Arrows’ this Autumn. A science fiction concept album that traverses the listener through space, time and beyond, the record features 9 tracks of stimulating post-rock each inspired by the groundbreaking ideas of Isaac Asimov.

In preview of the album, the international-spanning collective will be heading to the UK for two special live shows in London and Glasgow this September in which they will perform tracks from ‘Arrows’ as a full band. With tickets on sale now, details for each of the gigs can be found here: 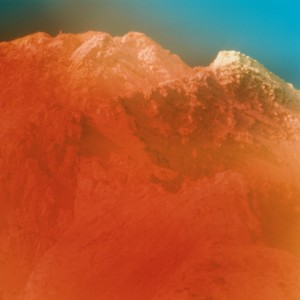 At a time when isolationism and ideological inward-looking, seem to be gripping the western world with greater effect every day, Kettle of Kites are a band unafraid to break the curve. With its constituent members hailing from Scotland, England, Belgium and Italy, Kettle of Kites gaze far beyond the borders of Earth and transfix upon the wonders of the universe and its limitless possibilities. Arriving in 2019 like a pan-European, sci-fi space rock programme, the four piece will deliver their new album this Autumn: ‘Arrows’, an innovative concept record inspired by the works of science-fiction pioneer: Isaac Asimov.

Straddling the astral planes between Radiohead, Talk Talk and Green-era REM, Kettle of Kites are a sci-fi inspired rock band currently based in Italy.  Releasing ‘Loan’ in 2015, the band’s debut album arrived as very much the solo effort of Scottish songwriter and former member of orchestral indie-pop outfit Admiral Fallow: Tom Stearn. Recorded unceremoniously in a basement in Italy, the  release was finessed half way across the world at the famous A Pocket Full Of Stones studio in Australia.

Returning to the project in 2019 with an expanded line up and a brave new vision for the band’s future, Stearn enlisted talents from across Europe in the form of Genoa’s Pietro Martinelli (bass), Brussels-based Marco Giongrandi (guitar) and London-based drummer Riccardo Chiaberta, to map out the musical schematics of upcoming concept album: ‘Arrows’. Combining a wealth of experiences from music scenes across Europe, on ‘Arrows’ the new-look line up adeptly illustrate the vividly visionary worlds and endlessly imaginative idiosyncrasies of acclaimed Science Fiction author Isaac Asimov. Harnessing supernova crescendos to spacial melodies with artful effect, ‘Arrows’ sees Kettle of Kites charting their true potential with nine intrepidly arranged and intergalactically influenced compositions that reach for the stars.