Laura-Mary Carter, best known as one half of rockers Blood Red Shoes, will make her solo debut this December with the release of mini-album, Town Called Nothing.

A much quieter and more contemplative sound than her usual guitar-shredding anthems, Town Called Nothing was written in between tours at various sublets and studios in the UK and Los Angeles.

“I found a beat up acoustic guitar and without thinking about it songs just started to come to me,” she shares. ”The idea of writing on an acoustic guitar was new to me, I’d always written songs for my band which has a very heavy disposition. I realised that writing in this intimate way exposed my voice and changed the way I was writing and singing lyrics.”

The record was produced by Ed Harcourt at RAK studios, UK, who also played bass and piano, plus Jorma Vik (The Bronx, Eagles Of Death Metal) on drums. 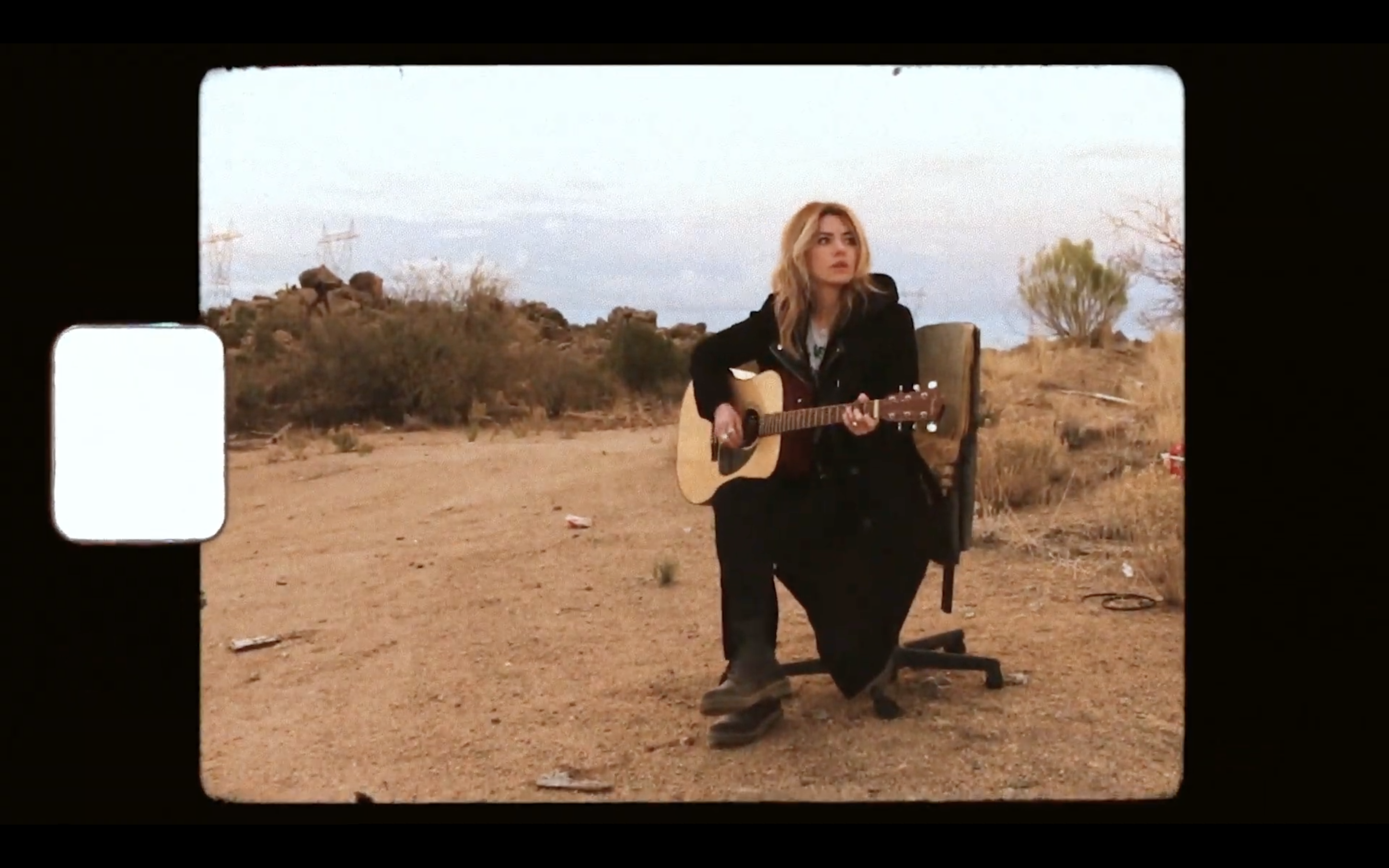 She says: ”After writing this song I discovered that there was a real abandoned town in Arizona, named ’Nothing’, with a population of two people. I immediately decided that I had to go there. I packed up my bags, hired a car and drove to Arizona. I fell in love with it upon arrival and have since returned many times. The song was produced by Ed Harcourt, at RAK studios, UK. We recorded Town Called Nothing in one day, tracked live. Musicians featured on this song are: Jorma Vik (The Bronx, Eagles Of Death Metal) on drums, Ed Harcourt on bass / piano and myself doing everything else. I actually later tracked the vocals in a pitch black room in solitude.”

“She told me that I will always see a different town on a different day,” says Laura-Mary Carter, recalling her first ever tarot reading as an early teen. “I get it now.”

It’s no surprise then, that Laura-Mary found herself starting the rock band Blood Red Shoes, who have spent 17 years touring the world. Playing well over 1000 shows, from London to Los Angeles and Moscow to Melbourne, she was sometimes away from home for over 250 days of the year, and with plenty more to come. But her detachment from a place called “home” started much earlier in life.

Born to an Irish family, Laura-Mary moved around a lot as a child, and was the only one of three siblings born in the UK. “I guess I’ve always been the odd one out,” she reflects, “and on top of that everyone is much more outgoing than me.” Introverted and artistic from a young age, Laura-Mary started writing songs “from before I can even remember, to be honest,” and spent a lot of time painting. “I mean I was studying art actually… but the band happened,” she laughs.

This sense of displacement is at the core of Laura-Mary’s story and right at the core of her debut solo release “Town Called Nothing”. During a break from touring, she relocated to Los Angeles, continuing her lifelong tradition of constantly moving around. “Nobody ever knows where I live,” she sighs, “it’s like a running joke with my friends.”

Even whilst in LA, she didn’t sit still. Moving around between different air’n’b sublets as she kept extending her stay, she landed in a rickety place which by chance had a battered acoustic guitar on the wall, with a couple of missing strings. “It was just me, alone, and I couldn’t write songs the usual way because I didn’t have volume and distortion. Plus the only thing you could use that guitar for was really traditional chords, everything else was out of tune.”

It proved to be a very creative time and a much-needed outlet for a softer, more reflective side of Laura-Mary. “I have no idea where it came from but I just wrote these straightforward chords and the lyrics came out…a town called nothing.” A country-indebted lament about the inescapable pull of a relationship doomed to fail, it was the gateway to a new world of songwriting for Laura-Mary, who explains, “it’s about going back to that emotional place, even though you know it’s empty, but you find yourself compelled to go back.”

Continuing her once-a-year habit of having her tarot read, she found a lady to read her cards in Venice Beach of all places. “I thought it might be a bit tacky but I was new to town and it was easier,” she laughs. “But then she actually really affected me.” According to the tarot, Laura-Mary would “find her heart in Arizona”. Always ready to move on to the next town, she decided to leave the next morning, opened her phone and pulled up a map of Arizona. Scouring across the sparse deserts and plains, she froze in her tracks at one tiny name. “Nothing”. “There’s an actual real place called Nothing,” she says, wide-eyed and clearly still in disbelief. “It was literally fate.”

And so it began, a period of restlessness, driving around the USA with just an acoustic guitar and a film camera, so she could engage in one of her other passions – photography. “It started in the real town called Nothing,” she says, “and then it became a sort of obsession, because it’s a completely abandoned town, and I kept going back and wanting to find more of these places”. Drawn to the romance of run down, empty ghost towns, they felt like the physical representation of a lot of her own feelings of outsiderdom, of being the odd one out, of being alone. “Someone once told me I am a love addict,” she opines, “and this felt the same – feeling pulled back to places even though you know there is really nothing there.”

The collection of songs on Town Called Nothing were written in this time, then recorded, of course, in not one but in multiple studios, across both the USA and the UK. It shows a yearning, mournful, Americana-tinged and introspective side of the artist, with her voice allowed more space than ever before to really dominant and shape the narrative. “It’s about desolation and abandonment really,” she confirms. “And that fear of being left to go derelict, just like those old towns.”

It’s that fear which pushes people back to places even when they know there’s no reason. Just as the artist herself says, “I kept going back to the town called Nothing, because the sign said ‘population: 2’, and I wanted to know if anyone was really there. But there wasn’t. It was always just me by myself.” 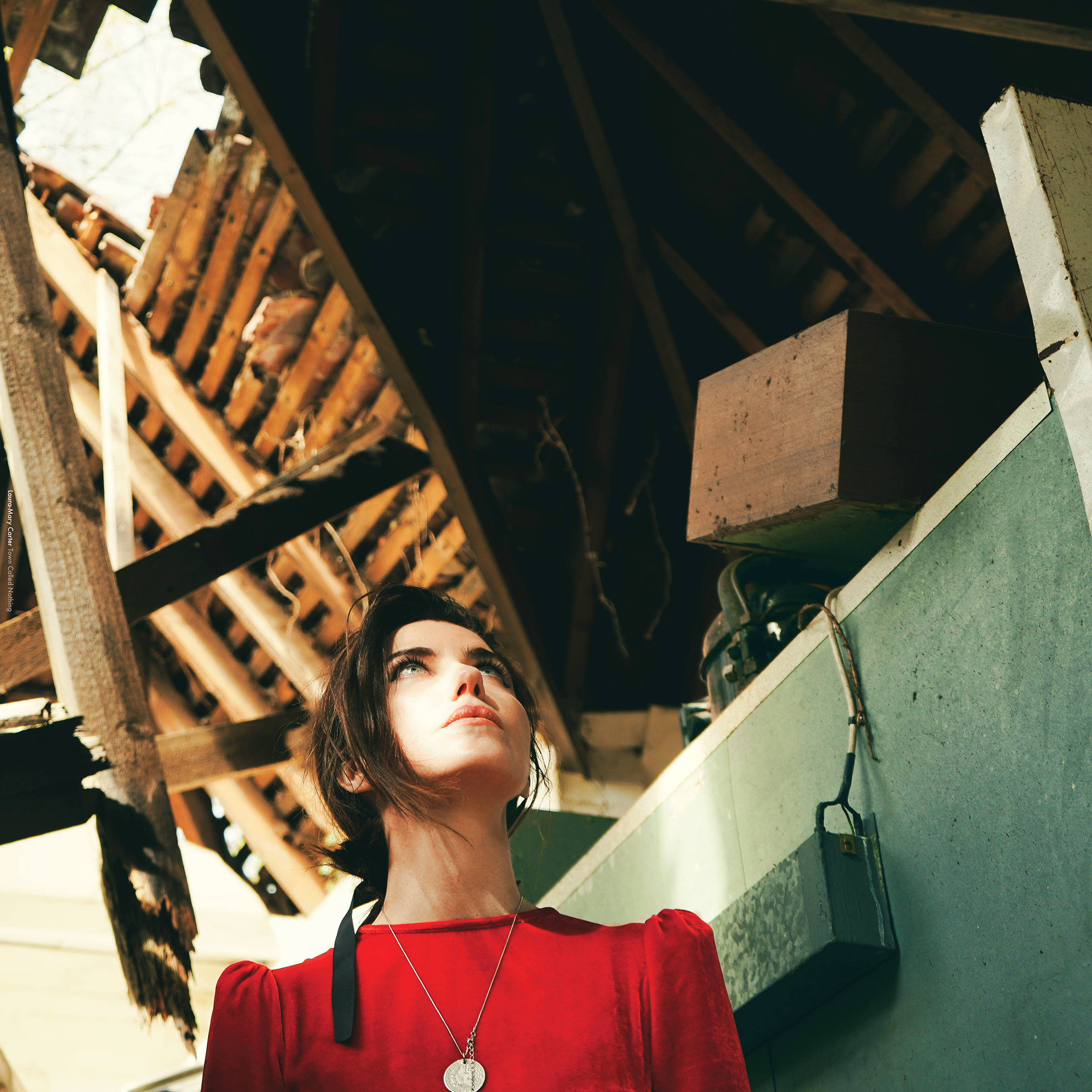 Tracklisting:
Blue’s Not My Colour
Signs
Town Called Nothing
Better On My Own
The City We Live
Ceremony