LAURENCE MURRAY PROJECT, the brainchild of Edinburgh singer-songwriter & guitarist Laurence Murray have confirmed the release of their forthcoming debut single.

Taken from a forthcoming debut album, ‘Providence’ – out Wednesday 24th February, is a blissful, down-tempo, soul & RnB infused track fusing the hooks and vocal phrasings of John Mayer with the tones and grooves of 60’s psychedelia.

‘Providence’ was recorded  at the UK’s most remote recording studio; Black Bay Studio on the Isle of Lewis, Outer Hebrides, Scotland after Murray decided to pursue his own musical project again following a four year hiatus from original music during which he worked at sea as a musician for Disney Cruise Line – prolifically penning songs in his ship cabin along the way.

Citing his recent experiences of working as a teacher in refugee camps in the Middle East as a major influence throughout his recent writing and describes these experiences as helping him gain “a newfound perspective on life and liberty”, Murray’s debut release finds him exploring themes of unconditional love, longing and dreams; writing with candour on self-exploration and mystical experiences.

A group who play a revved-up mixture of rock, electric blues, RnB, psychedelia and soul Laurence Murray Project take influence from Psychedelic Rock acts of the 60s and 70s such as Pink Floyd & Jimi Hendrix and are also known to produce a soulful throwback-singer-songwriter sound reminiscent of artists akin to John Mayer, Bill Withers and George Harrison.

Beginning his musical journey on the trombone in primary school, Laurence Murray soon gravitated towards the guitar at the age of twelve and soon thereafter discovered Blues music. Encouraged by his newly discovered ability to quickly learn songs by ear, a pivotal point in Murray’s musical endeavours came when he heard Texas Blues legend Stevie Ray Vaughan for the first time. Laurence studied Vaughan’s playing meticulously and was inevitably led down a musically-enlightening path of other guitarists such as Freddie King, Jimi Hendrix and his most prominent influence Doyle Bramhall II. After spending a number of years developing his chops as a guitarist in his local scene, Murray eventually progressed on to becoming a vocalist in his own right – working as a musician at sea with Disney Cruise Line for four years and prolifically writing songs along the way.

At the beginning of 2020 prior to the pandemic Laurence travelled to the Middle East, working as a music and English teacher in refugee camps in Palestine and gaining new perspectives that would go on to influence his writing.

In February 2021 the lead single ‘Providence’ will become the groups first studio release, with their debut album ‘Still’ due for release in mid 2021. 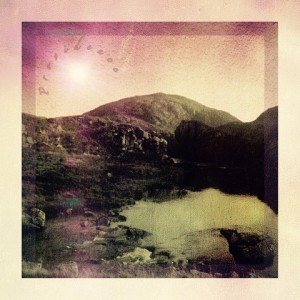