Born out of untamed anger and frustration at the cruel state of the world, “bb” taps into a universal mood: its downcast melodies and restless guitar lines speak to the collective sense of agitation and boredom we’ve all experienced over the past two years.

Weaving together an ansty mesh of gossamer vocals, driving ‘90s guitars and a steady drum beat, the track was first penned in September 2020 when vocalist Ali Genevich found herself increasingly restless in the face of the seemingly never-ending pandemic.

Feeling disheartened by the “depressive daily routine” of being stuck inside with no social interaction — and even less inspiration to write songs — Genevich locked herself in her bedroom with a guitar when “bb” took its first breath and stirred to life.

Speaking of the inspiration behind the track’s moody sound, Genevich says:

“In the winter of 2020, every day really started to feel the same for me. The pandemic seemed to be getting just as bad as when it began back in Spring and like everyone else all I had been thinking about was the possibility for life to feel normal again. For a while I was just thankful that most of my friends and family were in good health and that we were able to keep ourselves afloat in such a crazy time, but of course that’s not all I was feeling. Both Jake and I felt like the past year had been so wasted.”

After sharing with collaborator Jake Brooks (vocals/guitar/synths) the duo instantaneously decided to record a demo of the track at home, before getting friend and collaborator Scoops Dardaris on-board for production duties at Philadelphia’s Headroom Studios.

With shoegaze-inspired rhythms and wallow-in-your-bedroom-worthy hooks, “bb” is as self-aware as it is sulky: touching on the inevitable guilt that comes with feeling forlorn whilst knowing that, somewhere, somebody else has it worse.

Genevich adds:
“The lyrics describe the racing thoughts you have while drinking alone, thoughts about how the world is unfair and there’s nothing you can do about it. You might try to pull yourself out of a dark place only to wake up to one even darker. It sounds sad, but it’s not. It’s just reality, and sometimes it’s ok to be angry with the way things are.”

* * * *
Founded by duo Ali Genevich (Vocals/Guitar) and Jake Brooks (Vocals/Guitar/Synths), Laveda released their polished and ethereal debut album in 2020. As complex as it was colourful, What Happens After saw the band compared to the likes of The Sundays and My Bloody Valentine and attracted glowing praise across the US and beyond.

NYC’s Look At My Records! lauded the two-piece as “a young band with a fully realised voice and perspective,” while Toronto-based music blog Ohestee also praised the release, writing: “Jacob Brooks and Ali Genevich explore the great yawning unknown. From the freedom and uncertainty that rests at your fingertips or the distant and possibly desolate future, they capture adolescent restlessness with big walls of sound and a dreamy melodious warble.”

Floating through an sublime landscape of adolescent angst, throwback guitar lines and dreamy vocal melodies, “bb” is an auspicious first glimpse into Laveda’s second full-length LP. Recorded in the summer of 2021 in Los Angeles, the follow-up album features Laveda’s full live band, including Dan Carr (Bass) and Joe Taruone (Drums), and production by What Happens After collaborator Dylan Herman (Beck, Pynkie). The record is set for release on VT/NY-based label PaperCup later this year.

With a prestigious slot at SXSW on the cards for Laveda later this Spring, the band will be kicking off a 7 date US tour in Boston at the end of the month. 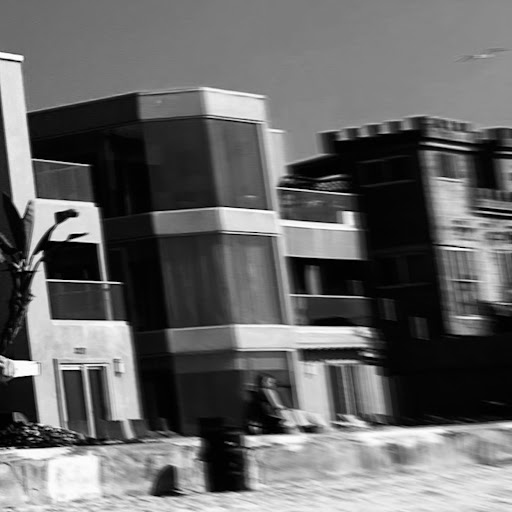