THE FINAL TASTE OF DEBUT EP YOU OF NOW PT. 1 – OUT THIS FRIDAY ON PARTISAN RECORDS

STREAM “I LIKE DIS” HERE || WATCH THE VISUALISER HERE

22 year old singer, songwriter and producer Léa Sen has today shared a brand new track and visualiser “I Like Dis,” the final taste of her hotly-anticipated debut EP ‘You Of Now Pt. 1′ – out this Friday 20 May on Partisan Records. ‘You Of Now Pt. 1′ will also be released on 12” transparent blue vinyl on 5 August. Léa Sen will perform at Visions Festival, London on 23 July, and will play alongside the likes of Mitski, Clairo, and Nilüfer Yanya at Leisure Festival, Margate on 24 June.

London-based performer Léa Sen has established herself as one of the capital’s most in-demand talents, flitting between gossamer vocal features for Joy Orbison to solo work that references everything from Bon Iver’s electronic timbre and folk guitars to Sampha’s impressionistic lyricism. Léa Sen will also feature on fellow London rising star Wu-Lu’s forthcoming debut LP ‘Loggerhead’ for Warp later in the year.

Speaking about “I Like Dis” – which comes complete with a beautifully tranquil visualiser by Shaka Agina – Léa Sen says:
“I felt the most innocent when I wrote this song… The fingerpicking was so smooth and yet challenging to play, so everything just came naturally because I just connected with how the guitar made me feel and got out of my own head for a second. In the lyrics I look at this feeling of wanting someone almost desperately but also being terrified of what happens once you get them and especially once you lose them. Falling in love is terrifying when all you do is second guess yourself.”

Léa’s previous single “I Feel Like I’m Blue” and debut “Hyasynth” both received their worldwide premiere on Mary Anne Hobbs’ BBC Radio 6 Music show as her Hit Reset track, and Léa has enjoyed further airplay from the station’s New Music Fix playlist and Huw Stephens, Benji B at BBC Radio 1, Jamz Supernova on BBC 1Xtra (where she was featured as an After Dark Discovery artist), and Matt Wilkinson on Apple Music 1. The singles have received praise at press from Crack Magazine, CLASH, Dummy Magazine, The Independent, The Line Of Best Fit, Total Guitar, and more; with the “Hyasynth” video – by Denisha Anderson – premiered on The FADER. Léa Sen recently completed a string of dates with fellow polymath Nilüfer Yanya, supporting at her UK and EU shows, including at London’s Electric Brixton.

Singing from a young age as a natural means of self-expression, at 15 Sen learned the guitar and began to craft songs with an experimental, intuitive sensibility. Production and mixing skills soon followed out of a desire to entirely control her own creative destiny. In 2019 she moved to London from her home of Paris and caught the ears of drummer Kwake Bass and singer-songwriter Wu-Lu. A session with DJ and producer Joy Orbison produced the stand-out track “Better” from his 2021 mixtape, ‘Still Slipping, Vol. 1′, while Sen’s tender version of David Bowie’s 1976 track “Golden Years” is a highlight of the ‘Modern Love’ compilation album, featuring the likes of Helado Negro, Khruangbin and Meshell Ndegeocello.

Her musical catalogue presents the self-assured maturity of an artist twice her age, with Sen writing, producing, and mixing all tracks herself – still a rarity in a male-dominated industry. “People assume that if you’re a woman, you’re just a singer, whereas I do so much more,” she says. “I’m not going to make myself feel insecure though – I’m going to be comfortable expressing myself however I want.”

Here is the radical self-acceptance Sen also conveys in her songs – a healing and hope contained in vulnerable self-expression. With ‘You Of Now Pt 1,’ it is hard not to feel like Sen is on the cusp of a colossal breakthrough. She is an artist stepping into the full force of her creativity, while letting us know that there is much more to come. 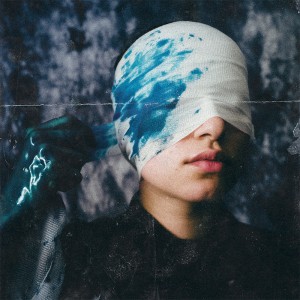 STREAM “I LIKE DIS” HERE || WATCH THE VISUALISER HERE