+ UK SHOWS THIS APRIL/ MAY 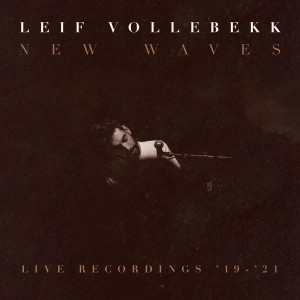 This Friday, LEIF VOLLEBEKK releases a brand-new LP of live recordings titled ‘New Waves’. The new LP arrives as Leif prepares for a string of UK dates this April and May – full details can be found below.

Available as an EP now on all streaming platforms, it will be available in LP format on April 22nd release date. In this enduring worldwide pandemic, Leif’s new release is a beaming ode to the unique connection live music brings, an amalgam of feelings that can only be shared with an audience.

“Last year I had a chance to revisit these songs and I realised they had something my records didn’t have,” says Leif. “They resonate with that incalculable energy of a live audience. It didn’t matter whether they were listening to FM radio on the freeway, watching a CBS broadcast of The Late Late Show at home or standing right there in front me at the Troubadour in LA. The audience completes the music. They inform it and they shape it. They’re on the other end of the frequency and they make new waves of their own. That symbiosis is something during these past two years I’ve missed more than anything. And I feel it on this record.”

Leif concludes: “The thing about live music is that, until about a hundred years ago, it was the only kind of music there was.”

Last November, Leif shared a first track from the EP, the live version of “I’m Not Your Lover,” recorded at The Troubadour in Los Angeles back in 2020. Its accompanying video, directed by close collaborator Kaveh Nabatian, captured, once again, the essence of Leif’s music and its connectivity to nature. Leif Vollebekk will be on tour across North America and Europe beginning late January until May 2022, see below for full listing. Get your tickets HERE.

Last spring, Leif Vollebekk was invited to the Late Late Show with James Corden for his debut late-night performance in the United States. Invited by host James Corden himself, this performance was filmed with the help of friends in Boulder, Colorado, beautifully directed by Andy Mann and featured his most recent single, Long Blue Light, which was released on November 10, 2020, and has since garnered over 15 million streams. Watch the segment HERE. For those who enjoy the Netflix series “Feel Good” featuring Mae Martin and Lisa Kudrow, don’t miss the first episode of the second season featuring the inimitable song “Transatlantic Flight” off New Ways.

His most recent full-length, New Ways, was a sonic documentation of everything that Leif felt at the time; tenderness and violence, sex and rebirth. “Anything that I wouldn’t ever want to tell anyone – I just put it on the record,” he says. It was recorded at Capitol Studios in Los Angeles and Breakglass Studios in Montreal, and it features Olivier Fairfield (Timber Timbre) and Homer Steinweiss (The Dap-Kings, Amy Winehouse, Mark Ronson) on drums, and additional vocals by Angie McMahon. It was mixed by Chris Allen in NYC (Yoko Ono, Fleet Foxes, Sigur Rós, Margaret Glaspy) and mastered by Greg Calbi at Sterling Sound (David Byrne, The War On Drugs, Gregory Alan Isakov, Tame Impala, Father John Misty, Bob Dylan, Patrick Watson). The album now has over 33 million streams, support from Pitchfork, Uncut, NPR/World Cafe, The New York Times and obtained a credible Polaris Music Prize 2020 Long List nod. His 2017 breakthrough album Twin Solitudelanded a spot on the Polaris Music Prize 2017 shortlist, a JUNO nomination, and is now at 53 million streams. It was critically acclaimed by Uncut, NPR Music, The Fader, The Sunday Times Culture, The Line of Best Fit, Paste, Brooklyn Vegan, WXPN, KCRW and Exclaim!, to name a few. 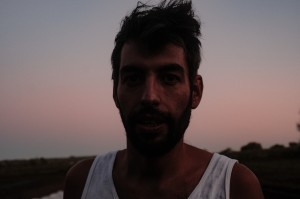