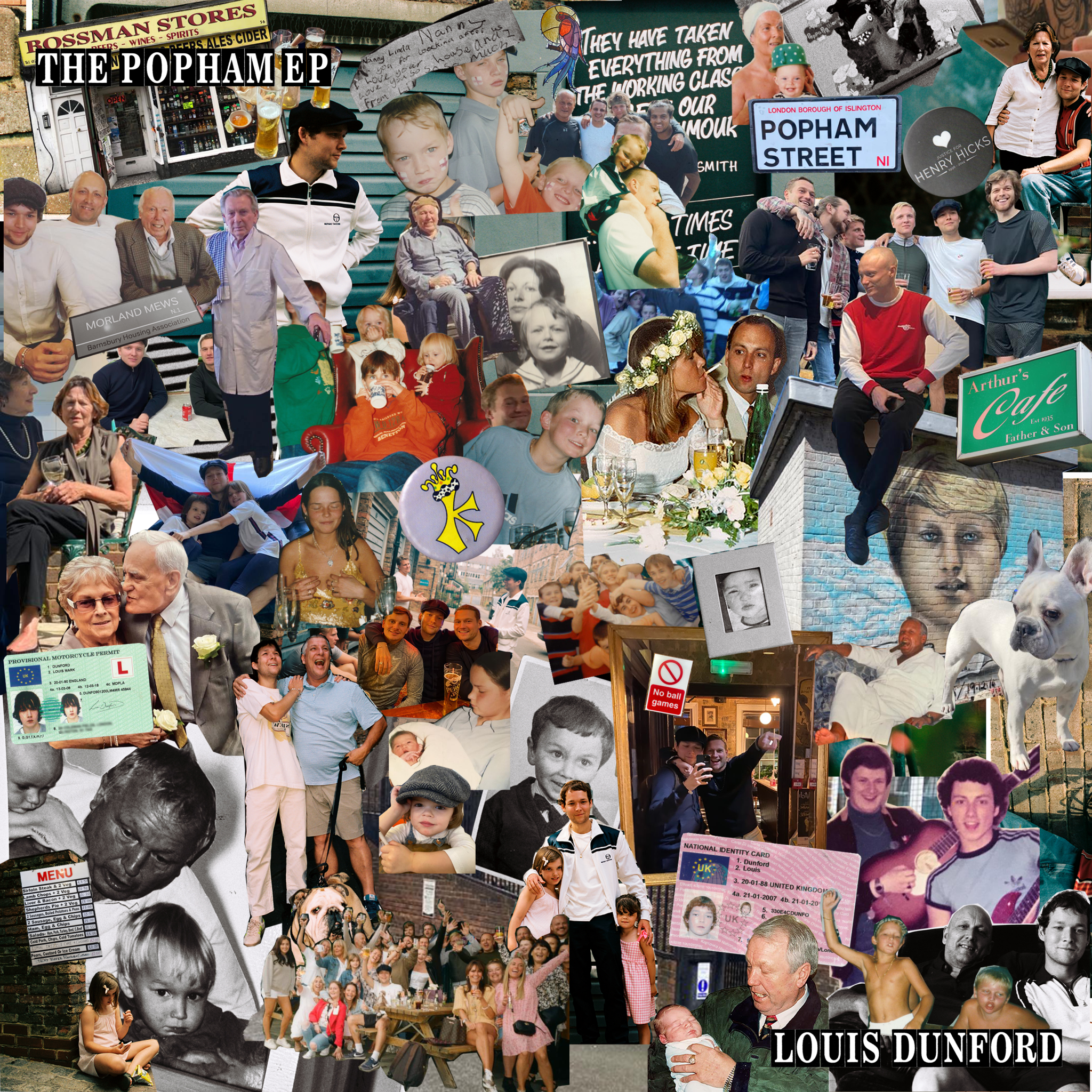 North London singer, songwriter and storyteller Louis Dunford has released his new EP ‘The Popham’. In line with the release, Louis has also released lead single ‘Boys Do Cry’ which is a poignant ode to modern day expectations of masculinity and mental health awareness.

Speaking about ‘Boys Do Cry’, Louis says: “My oldest friends are a group of working class lads that I’ve known and grown up with since we were in nappies.They are the kind of boys who don’t talk about how
they’re feeling, are afraid to be vulnerable, and would rather ‘man up’ and suffer in silence than talk about their struggles. We’ve all seen where this can lead. I made a pact with myself years ago to be honest about my mental health and open about my emotions in front of all my friends, especially these lads, in the hope that they’d know that if they ever needed to talk to someone I’d be there.”

Based on the estate where his family have lived for over sixty years, the project bristles with stories centered around Louis’ life, the people he met growing up there and the memories made. ‘The Popham’ includes previous singles‘TheAngel’, ‘My Generation’ and new tracks ‘Boys Do Cry’, ‘Summer in the Manor’, explosive fan favourite ‘Bossman’, and ‘Henry The Brave’ - a heartbreaking farewell to a friend no longer with us. Dunford’s vivid lyricism and eclectic sound continues to invite listeners into his complicated, honest and humorous world.

Louis has had a rapid rise to success in a short space of time and has garnered key tastemaker support from i-D, Clash, Complex, SBTV and Wonderland. Louis’ acclaimed live show sees the songwriter’s music and distinctive voice truly take on a new dimension. Louis’ incredible sold-out headline shows at Lafayette and St Pancras Old Church last year whet fans’ appetites for upcoming performances. Kickstarting a busy year for the North London artist, Louis will be supporting Jake Bugg on his Bristol, Oxford and Southampton dates, before setting off on his own sold out headline tour playing across Brighton, Leeds, Nottingham, Dublin, Birmingham Manchester and London’s iconic Union Chapel which sold out in a week.

‘The Popham’ is out now and precedes the start of an exciting year for Louis Dunford as he prepares to release new music and gears up for his upcoming sold-out tour.

For more information about the release please contact:
thom@sonicpr.co.uk