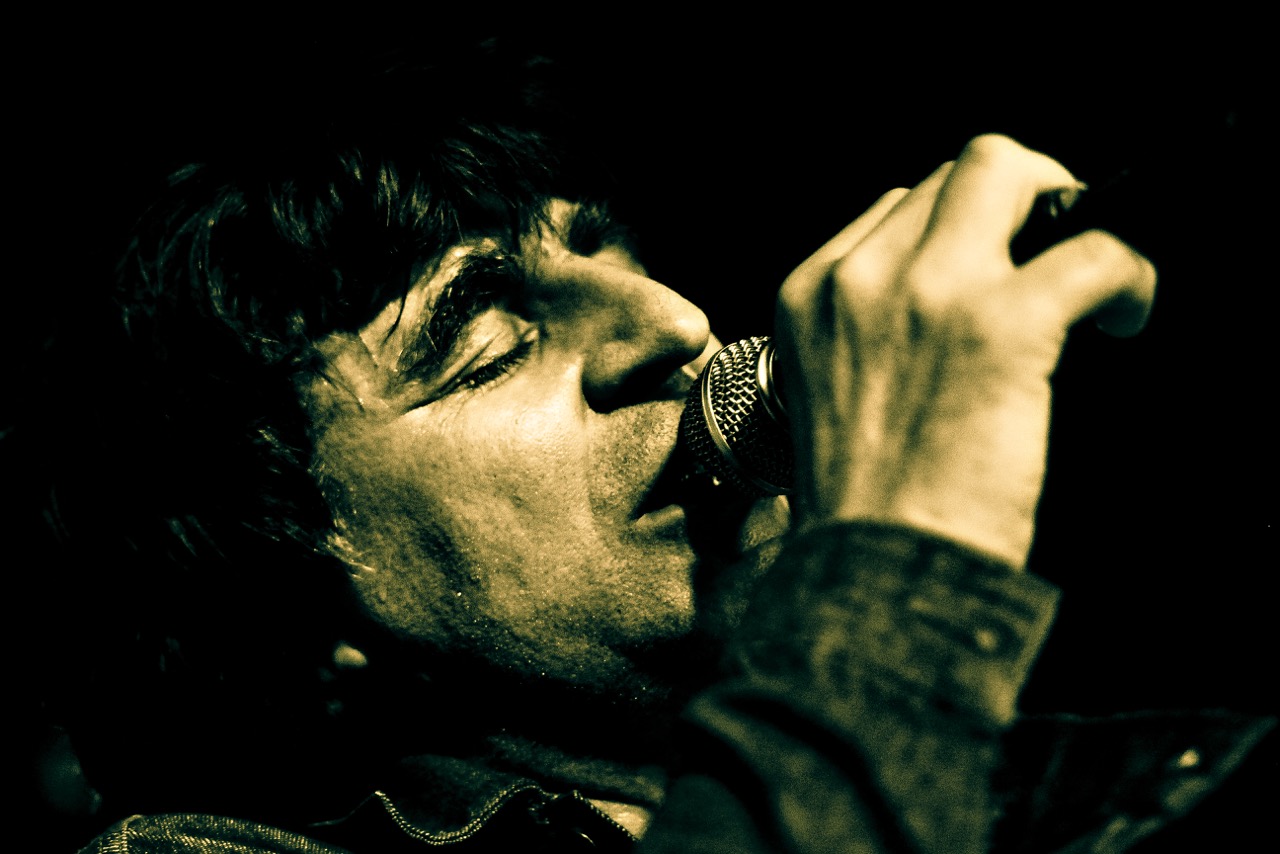 Celebrating 25 years at the heart of Manchester’s vibrant music scene, the next instalment of the Academy’s year long series of unique commemorative concerts will see the return of a beloved local band for a double helping of shows set to be unlike any they have played before.

With an undisputed place in the city’s rich musical heritage and a cult appeal that has never faded, across a two night residency this December: Chameleons Vox proudly present ‘The Fan & The Bellows & Early Recordings’ and ‘P.S Goodbye’.

A venue that has provided the scene for unforgettable moments for the band and fans alike, Chameleons Vox chief lyricist and vocalist Mark Burgess reveals how the Academy will always hold a special footnote in the story of the band:

“The Academy Manchester June 2000 gave me one of the proudest moments I’d ever experienced as lead vocalist and bassist with The Chameleons.  The massive attendance and rapturous response after ten years away was an unforgettable moment I’ll always cherish. With that in mind I’m chuffed that Chameleons Vox will be part of the Academy’s 25 years anniversary celebration.”

Taking place on the first of the two nights on Friday 18th December, ‘The Fan & The Bellows & Early Recordings‘ will see the band revisit a lost gem in the Chameleons back catalogue. The show will see the acclaimed indie veterans play their 1986 compilation in its entirety, along with a selection of choice cuts from the band’s very earliest days. Burgess explains:

“We’ve been invited to mark this celebration by way of two shows in December. The first will be a performance of the album ‘The Fan And The Bellows’, a set that included some songs that very rarely if ever have been performed before a wide audience.”

Taking its name from a standout track from 1985′s classic album ‘What Does Anything Mean? Basically’, the second and final night of the residency entitled “P.S Goodbye” (Saturday 19th December) will see the band deliver a set made up entirely of fan favourites in the truest sense. Giving those in attendance the opportunity for the first time ever to vote for the songs they love best ahead of the show, this unique gift comes as a farewell gesture of sorts, says Burgess:

“The second night will be a Jukebox Jack, allowing the audience to pick three choices of songs they would like to see performed. Manchester shows are always special and as this is likely to be our last Manchester performance for quite some time, we want to make it doubly so.  Hope we’ll see some of you there.”

The shows are a natural continuation for Chameleons Vox following their triumphant Home is Where The Heart Is… 2014 shows, which saw the band play their two seminal LPs ‘What Does Anything Mean? Basically’ and ‘Strange Times’ at Academy 2 on consecutive nights.

As part of these commemorative shows, fans will also be able to purchase weekend passes for a reduced rate granting access to both shows that will come with a limited edition Chameleons Vox laminate and lanyard. In addition to that those customers buying a weekend ticket will be sent a download link a free download of an exclusive track recorded at last year’s Academy shows. The link will be sent to them with the confirmation of their tickets

Both ‘P.S Goodbye’ ticket holders (Saturday 19th Dec) and those with Weekend passes will also get to vote for three songs of their own choosing from a near-complete list of tracks in contention to compose Saturday’s set. Further instructions will follow with your booking confirmation. Votes must be cast no later than Friday December 4th to be valid.

As with all other shows in the year long series of unique Manchester Academy 25th Anniversary gigs, further special guests will be announced to flank the bill on Friday December 18th. We can already unveil the special guests for the Saturday night here, as we announce support on the latter of the two shows will feature old friends of the band: Oskar’s Drum, a project by Patrick Fitzgerald & Yves Altana (Kitchens of Distinction / Chameleons Vox).

To mark these special gigs, both performances will ‘actually’ be filmed on the night for future release by the band.

Post punk four-piece The Chameleons formed in Middleton, Greater Manchester in 1981. Fronted by singer and bassist Mark Burgess, the band went on to release six studio albums and an EP, along with many Peel sessions, live records and compilations in a career spanning three decades. With a cult following hooked on their iridescent indie, Burgess has continued performing the material recorded during this time live under the moniker Chameleons Vox to an ever adoring fan base.

Tickets will be on sale from the following vendor:

All ages welcome, under 14’s to be accompanied by an adult

With the addition of this very special date in the series, here is how the line up for our celebrations are looking so far:

Stay tuned for even more announcements in the coming weeks…

A Year of Celebrations: Manchester Academy is 25!

As one of UK’s busiest venues and host to some of the most thrilling live entertainment in the Northwest, Manchester Academy is proud to reach a landmark 25 years on October 7th 2015.

For 25 years, the Academy has been the beating heart of the city’s hailed live music scene, both celebrating the classic and providing the platform to propel tomorrow’s brightest talents to uncharted stratospheric heights. From Bowie to Bastille, Foo Fighters to Faithless, Kylie to Korn, Lady Gaga to London Grammar, The Prodigy to Prince and Radiohead to Robbie Williams we have been privileged to host them all.
Out moshing Jilly’s Music Box and raving beyond the Hacienda years, we are hugely grateful to everyone who has helped the Academy outlast even our host city’s very finest venues since 1990.

We really can’t thank all of you gig-goers, artists, promoters, agents, managers and staff that have always supported us all this time. We can only repay you with the only way Manchester knows how: one massive party. Standby for even more announcements in our year long series of special one-off concerts and festivities to come. To thank you all, the unique year-long series will begin with the first of our 25th Birthday celebrations on Saturday 10th October 2015 and continue through 2016.