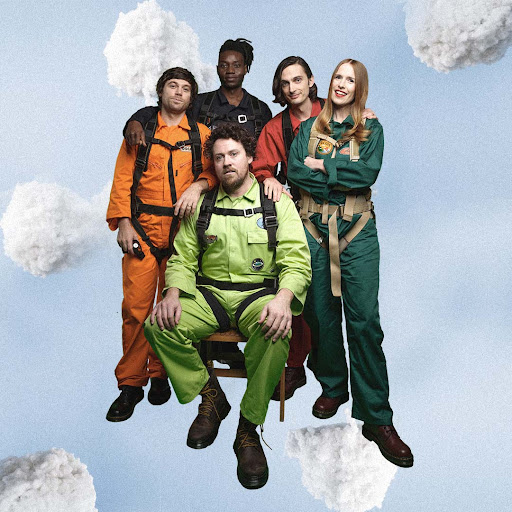 “a pared-back collection of songs exploring nature, simple pleasures and reconnecting with what’s important. Lead single It’s Good to Be Back harnesses a sliver of that old playful side, but with a stronger beating heart underneath.” - The Guardian

“wonderful new album, Small World… captures the strangeness of the past two years: how we learnt to value the simple things — family, friends, nature, leisure — as we grappled with upheaval and fear.” - Sunday Times Culture

“another testament to how this band always move into new territory, flowing with confidence. ‘Small World’ might be the biggest diversion from their main stage sound to date, but it’s also one of the most heartfelt and rewarding.” - NME

“Small World is inhabited by earworms, a sepia-tinged record that recalls loves and summers past… Fittingly, the most joy on Small World is found in its microscopic details, the moments with a precise curatorial touch leaving the best taste in the mouth” - Loud and Quiet

Metronomy today share the video for their new single ‘Right On Time’.

The track is taken from their seventh studio album Small World (which was released on Friday via Because Music) and arrives as the band size-up a run of major UK shows this Spring – full details below.

Directed by Juliet Casella and Thibaut Caesar, the brains behind the video for previous single ‘Things will be fine’, the pastel-palette video sees the band enjoying a surreal day of skydiving and picnicking.

Joseph Mount says of the video “Skydiving is by far the most exhilarating and fun thing we have ever done. Yes, we make it look easy! But, filming this video was not without its challenges.

After several weeks of training the aerial choreography we set out to shoot. But thanks to the British summer It looked like we were going to have to abandon the video because of an unusually wet and windy August. Our fortunes changed in early September when the sky cleared and the weather settled. We found two clear days and up we went. We hope you enjoy the video.”

Watch the video for ‘Right On Time’

Juliet Casella says “I have always wanted to make a skydiving music video, so I shared the idea with Thibaut and he immediately thought this was a great idea”.

Thibaut Caesar adds “‘Right on time’ is a summer/spring infused song, so we wanted to convey this sunny and free energy, and nothing describes this feeling better than skydiving. In ‘Things will be fine’, the band were in a dollhouse to revisit their teenage selves, and in ‘Right on time’, they are jumping from the plane to explore their freedom. We wanted ‘Right on time’ to represent the ecstasies of freedom, and the psychedelic moment where all the objects are flying is the perfect reflection of it!”

The nine-track project, which sits at number 5 in the midweek Official Charts update, also includes the previously released singles ‘It’s good to be back’, which confronts the common platitude coming out of the pandemic, and ‘Things will be fine’, that grapples with harnessing hopeful, sunny optimism in the face of difficult situations. The project also follows their previous EP Posse EP Volume 1 released last year.

Metronomy will be playing a special acoustic show for Banquet Records on Saturday 9th April at The Church in Kingston. Tickets are available with the purchase of a copy of ‘Small World’ here. The band have also launched a new app based on the ‘Eight Wonders of Metronomy’s Small World’ tea towel (available at Joe’s hometown record store DRIFT in Tones, Devon) that featured 8 locations around the globe that mean something to Joe and the band. Take a look here.

Small World is an album that sees Metronomy return to simple pleasures, nature, and an embracing in part of more pared down, songwriterly sonics, all while asking broader existential questions: which feels at least somewhat rooted in the period of time during which it was made – 2021. Finding appreciation in nature and our roots, while reappraising the things we value as we get older are all things that are part and parcel of the human experience: though it has all felt accelerated and emphasized in this past year or so. Through the tumultuous ebb and flow of the years, Metronomy continues to endure, and Joe Mount’s ability as a songwriter, arranger and producer shines through on Small World, evergreen.

Metronomy are set to head out on a 47-date European tour next month which begins in Porto, Portugal on March 1st before hitting Madrid, Milan, Warsaw, Paris, Liverpool and Bristol and stops off in London on May 7th for a huge Alexandra Palace show. Support comes from Hak Baker, Goat Girl, Grove, Lynks, Porij, Pongo, NZCA LINES & Sparkling. Tickets are on sale HERE. 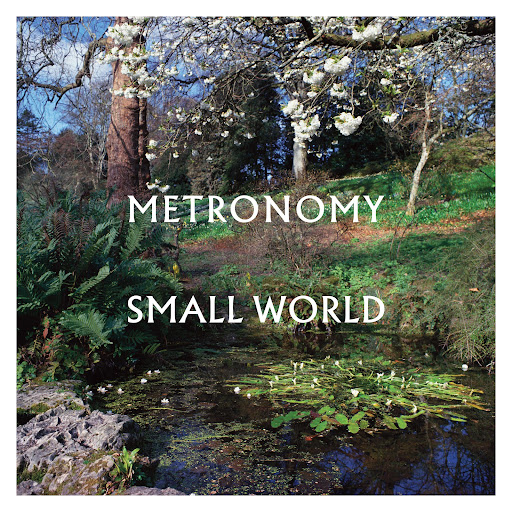