OUT NOW ON BECAUSE MUSIC

“Experimental and funky; [Mind Enterprises] blurs the lines of the modern day dancefloor and asserts himself as one to watch for the future.” The Ransom Note

Featuring Andrea Tirone (AKA Mind Enterprises) in a starring role as a plucky, loved-up fighter pilot akin to Cruise’s character Maverick, the video is a wonderfully tongue-in-cheek pastiche of the Hollywood classic. With added dance routines…

“I thought the idea of re-making a Top Gun scene would get along great with ‘Ballare’ but I couldn’t figure out how to do it in practice. Here is when Jack jumped on board and the result is another chapter of Italo Disco soap opera, I’m very proud of it.”

Directly translating as ‘Dance’ in Italian, ‘Ballare’ was inspired by the seminal track of the same name by punk-funk icons ESG. With its striking, vintage aesthetic and disco-driven production, ‘Ballare’ is a retro-nodding, groove-fuelled Summer smash in-waiting and is out now on the Because label (Metronomy / Sebastian / Christine & The Queens).

Following his journey into uncharted afro-disco territories with his 2016 albumIdealist, Mind Enterprises returned with addictive italo-disco 2017 release ‘Idol’. As well as being named on ShortList’s ‘50 Greatest Songs of 2017’, the release received support from a wealth of titles including Mixmag, DUMMY, The Ransom Note and PHOENIX Mag.  While Tirone might seem to have found inspiration through his national heritage, his geographical journey tells a fuller story. Having fled his hometown of Turin in 2011, Tirone lived in East London for 6 years before recently relocating to the tropical island of Gran Canaria – “the southest place in Europe”, as he puts it.

“I took a map and looked for the most laidback life and sunny place in Europe. Perhaps I’m overreacting to London?”

However, location only tells part of the story – as the name suggests Mind Enterprises has always been about Tirone tapping his own imagination, taking inspiration from a host of eclectic means.

OUT NOW ON BECAUSE MUSIC 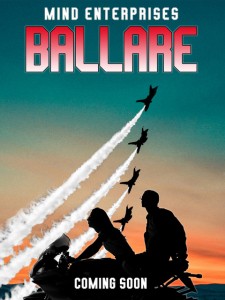 FOR MORE INFO ON MIND ENTERPRISES: