Speaking on the origins of the track, Nadia Sheikh says:

“”Deep Waters” holds a special place in my heart. I wrote it when I was really young but it’s one of those songs that just sticks with you through the years but never quite fits with what you’re doing — until “Undefined” arrived. It just felt natural for it to be the focus track of the EP and I’m so happy with the reaction people have had to it. Many say it’s their favourite song off the EP!”

With gauzy guitars that linger in the air like mist on a dusky winters day, “Deep Waters”’s ansty calm is paired with a befitting new video that was directed by Nadia alongside Rita Gratacòs. Tranquil but with a distinct dark undertone, the video sees Nadia joined by her band — Rowan Davies (bass) and George Gardiner (drums) — as the trio play through a rendition of the song while perched on a blustery clifftop in front of overcast skies.

Aptly filmed on a drizzly, dismal day, Nadia explains of the video’s inception:

“It may not look like it, but it’s a very DIY and low budget video. It was filmed on a very cold, very windy, very wet day in November last year. It was well worth it though. It’s shot only on a handheld camera. The boys, Rita and I drove to Seven Sisters and all the outdoor shots were filmed in one morning/early afternoon. We didn’t have a lot of daylight and we only had one shot at filming this. The weather was both kind and inconvenient, but we made it work and we’re all so happy with the result.”

With shots of Nadia submerged under water interspersed amongst clips of thunderous waves and sputtering sea spray, the video comes to a close with a subtle twist. Nadia adds:

“I really wanted to create a dream/reality juxtaposition in the video playing with the water reference, but it was clear I couldn’t swim in that weather, so I came up with the idea of the bath shot at the end (watch until the end!). I think it really represents the moodiness but also the calm of the song.”

Written between her joint bases of London and Spain over a 12 month period, Nadia Sheikh released her second EP ‘Undefined’ at the end of last year. A candid and earnest exploration of the relationships that have defined her life and how they can break down, the EP features a fully fleshed-out sound courtesy of her band, and was produced and mastered by Brett Shaw (FOALS, Florence and the Machine).

After supporting Stereophonics on an extensive tour which saw her perform in some of the biggest arenas in the UK and Europe, Sheikh went on to complete a UK headline tour in support of her EP last year. Having earned a reputation for her ability to combine powerful indie-rock with heartfelt, singer-songwriter style lyricism, Nadia Sheikh has been tipped by key tastemaker names including The Line of Best Fit, Clash, BBC 6Music, BBC Radio 2, BBC Radio 3, Radio X, Fresh On The Net and many more. 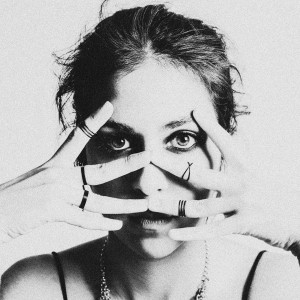