The release is preceded by the single “Where Is It Going? (feat. Stephen Hawking)”.

Available on double CD, quadruple LP boxset and digital formats, 30 Something is a musical celebration of the pioneering career of the hugely influential electronic music duo comprised of brothers Paul and Phil Hartnoll. The pandemic meant that Orbital missed their actual thirtieth anniversary, but it gave Paul and Phil pause to think and find a way to celebrate their past that was actually about the future. Unlike other Best Of’s, the 30 Something contains reworks, remakes, remixes and re-imaginings of landmark Orbital tracks based on the duo’s unrivaled live show. “Chime”, “Satan”, “The Box”, “Impact”, “Halcyon,” and more appear in new 30 Something guises, familiar yet new, time reversing, yesterday becoming tomorrow. The album involves Orbital-inspired artists and DJs, including Joris Voorn, Dusky, Jon Tejada, Yotto, and long-time supporter David Holmes, who reworks “Belfast”, the iconic track that got its name in his hometown.

“Where Is It Going? (feat. Stephen Hawking)” is a new mix of their collaboration with the late theoretical physicist from the 2012 London Paralympics Opening Ceremony. The ceremony’s organisers had asked Orbital for music to accompany a section in which Hawking, who passed away in 2018, would celebrate the Large Hadron Collider.

Watched by 11 million people in the UK alone, the performance brought many of the themes that have sustained Orbital over the years: the euphoria of discovery and the love of scientific method, faith in the future and the human mind, the notion that hedonism and progress are two sides of the same coin, always driving one another.

“This is our special Paralympic version of ‘Where Is It Going?’, featuring the fantastic Stephen Hawking. He’s tackling the big question of the unification of physics and the understanding of a theory of everything. We’re not there yet, we can’t even find a unification socially as a species but hopefully one day we will find out where we are going…”

Though they might not have envisioned it when they recorded debut single “Chime” inside a cupboard at their parents’ house for less than a fiver, Orbital would go on to become giants of electronic music. Phil and Paul Hartnoll both redefined what dance music could do and the place it took within popular culture itself. Their music has influenced and inspired artists from Björk to Bicep and the brothers have collaborated with minds as diverse as Madonna, Kraftwerk and Professor Brian Cox, and – in one of their many memorable Glastonbury performances – an actual Time Lord, in the shape of Doctor Who actor Matt Smith.

Despite its inauspicious beginnings at the Hartnoll family home in Kent, “Chime” became a huge hit on the underground rave scene and when re-released by FFRR Recordings in 1990 it leaped into the UK Top 20. It was an unwitting act of cultural subversion that placed the Cabaret Voltaire and Crass-loving siblings in the inauspicious surroundings of Top Of The Pops, where they pointedly unplugged their synthesisers and wore anti-Poll Tax t-shirts – sticking two fingers up to both the stuffy BBC and Margaret Thatcher’s government.

Following 1991’s debut album and a string of successful EPs, their second self-titled album – aka The Brown Album – cemented Orbital’s position as musical visionaries. With four tracks linked together into a 26-minute epic, it broke down and rebuilt ideas of what electronic music could do. A career of creative leaps quite unlike those usually seen in the fast turnover world of dance music followed, including creating soundtracks for Hollywood films including 1997’s Event Horizon, and most recently for Mike Myers new Netflix series The Pentaverate, which premieres on May 5.

Alongside their boundary-pushing work in the recording studio, Orbital earned a reputation as one of the best live acts on the planet. Unlike many of their dance contemporaries at the time, Orbital didn’t rely on pre-programmed DAT tapes and instead took a far more fast-thinking, improvisational approach, meaning that any gig can present a multitude of organic mutations of their songs.

They completely reinvented the notion of what a “dance” act could do live and turned multitudes of rock fans on to the limitless pleasures of electronic music. It’s not for nothing that the band’s colossal set at Glastonbury Festival in 1994 is regularly cited as one of the greatest gigs of all time.

Following a hiatus between 2004 and 2008, the brothers re-united and Orbital continue to record and perform across the globe, still pushing, still working, inspiring a whole new generation of talent. They’ve had their separate projects but Orbital is their centre of gravity. “It’s what I love doing,” Paul says simply. “It’s what feels right. Back at the start it was all about doing something new, trying to sound like Cabaret Voltaire or Severed Heads but then we accidentally sounded like ourselves. And we still work like that.”

“What’s been amazing for me is looking at our past and thinking of all the people who’ve come to see us, they are absolutely brilliant, warm and create such an amazing vibe. They are now bringing their kids to our gigs, they love it,” says Phil.

“Now we’re diving into our past and reminding ourselves, blimey, we really did that,” says Paul. “And it’s still got something to say.” 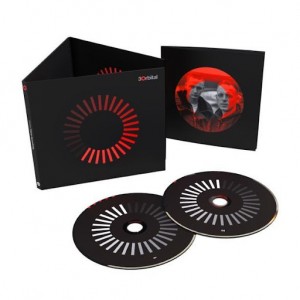 3. Where Is It Going? (feat. Stephen Hawking)

4. Impact (30 Years Later And The Earth Is Still Burning Mix)

11. The Girl with the Sun in Her Head (Floex Remix)

5. Are We Here? (Shanti Celeste Remix)

8. The Girl with the Sun in Her Head (Lone Remix) 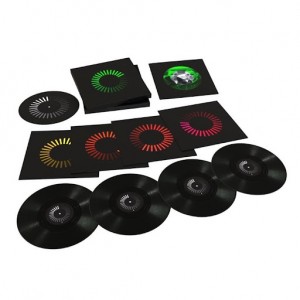 A2. Satan (30 Something Years Later Mix)

B1. Where Is It Going (feat. Stephen Hawking)

B2. Impact (30 Years Later And The Earth Is Still Burning Mix)

E1. The Girl with the Sun in Her Head (Floex Remix)

June 18 Another Day Festival, Live At The Marquee – Cork, Ireland 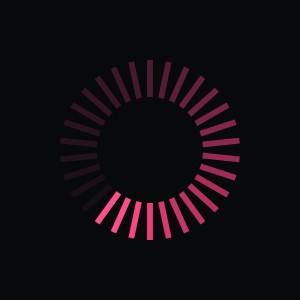