PARCELS have announced their highly-anticipated sophomore record  ‘Day/Night’ , to be released Friday 5th November 2021 via Because Music.

The album was recorded at La Frette Studios in Paris and was produced by Parcels themselves, with mixing duties courtesy of James Ford and string arrangements by Owen Pallett. It will be available digitally to download and stream, as well as 2X LP and 2x CD.

The ambitious record is made up of two self contained albums, Day and Night,  presenting 19 tracks in total, including the singles ‘Free’, ‘Coming Back’ and latest single ‘Somethinggreater’ – which is out today.
WATCH HERE

Of the track, the band say:
“In early 2020, Noah showed us a demo that contained a chorus line that had us all particularly excited. It had an anthem-like quality and felt really fitting to what we were channeling through the albums. We jammed out the track in our rehearsal room in Berlin and fell upon the chorus groove all at once, a special instantaneousness that seems to be only achieved in a live jam, and as a result we proceeded to play it for hours. Anatole began to cry with the tears that usually come from when you are lost in a night-club, alas, we felt we had hit something really special. With the song’s clear message of search and discovery, it felt absolutely right to record ‘Somethinggreater’ first upon entering La Frette studios.”

The record is vast and cinematic in sound and layered lyrical themes, channeling tropes of western folk and classic pop, resulting in a new sound the band describes as ‘Cowboy Disco’.

‘Day/Night’ tackles opposing topics of identity vs anonymity, family vs independence,, belonging vs isolation and nostalgia vs projection; the self and the shadow self. The album is cyclical – a perfect loop from end to its start – echoing the album’s theme of inner and outer self and the constant turning of the natural world.
The process of putting the album together was an “emotional journey”, not least because Parcels had 150 demos to work with. But instead of diving right into them, Parcels began by going back to basics. “The first thing that we did was get into a rehearsal room for three months and learn how to play instruments – it was like instrument boot camp, we’d been touring and playing the songs over and over again and we were becoming rigid; we weren’t having a conversation with our instruments. We came in every day, put on songs that we liked, talked about their different elements and learned how to play them: classic blues, soul, folk, funk, heavy metal.”

Then they opened their treasure trove of rough recordings back up to begin the process of selecting the best to record at Paris’s La Frette Studios. “We got it down to 40 songs and then finally the tracklist that made the most sense together.” Some good tracks got left behind but ultimately the band made their selections based on “what was right for the music. That’s something that we learned from Guy-Manuel and Thomas from Daft Punk, when we did the song Overnight: you need to put the energy into the music itself. It’s not about individuals, it’s about the sum of our parts.”

Full tracklisting for ‘Day/Night’ by Parcels is as follows:

Signed to Kitsunè in 2015, the band released singles and EPs  Their certified-platinum debut album ‘Parcels’, released in 2018, was met with widespread acclaim upon release – with NME heralding it as “cheeky, timeless and devilishly catchy” in their 5-star review of the album. Dork Magazine dubbed it “coolly beautiful and entertaining, like a cold margarita during an Ibiza sunset”, and the Evening Standard declared it “a fantastic debut album”.

Parcels’ musicianship, particularly on the live stage, is unparalleled – Their live shows quickly helped gain the band a devout following at gigs. Their incredible chemistry and cohesion performing as a band was further displayed on ‘Live Vol. 1’, an acclaimed live studio album of 18 tracks recorded at Hansa Studios in Berlin, without any edits.

‘Day/Night’, the new record from Parcels will be released 5th November via Because Music. Their new single and video ‘Somethinggreater’ are out now. 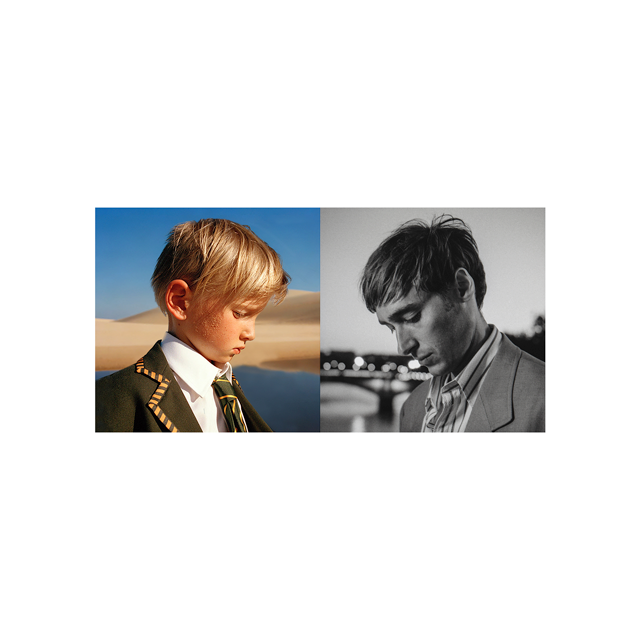 Album artwork for ‘Day/Night’. For all imagery and assets click [here]

For more on Parcels: