Succeeding the release of their solstice honouring lead-single (“Look For The Light”), Oxford trio PEARL DIVER lead the way into their debut EP of the same name with the frenetic new single: “Heaven Help Me” – out now.

LISTEN TO “HEAVEN HELP ME” ON YOUTUBE HERE || SPOTIFY HERE

Written by Pearl Diver’s Matt Sage following an intense psychedelic experience which saw him feel an epiphanous sense of connection with the natural world, the lead singer reflects of “Heaven Help Me”:

“Heaven Help Me came to me in the woods on strong mushrooms.  It’s about the way in which it sometimes feels as if nature is luring us to rejoin it, to remerge, to allow ourselves to be subsumed.  It’s almost like a poetic death wish in slow motion.  It’s the same impulse that sometimes makes you want to serve into oncoming traffic, or leap over the edge, but you don’t: some grace manages to save you at the last minute and you continue to cling to life, at least for now.”

Through a labyrinth of casually trippy guitars and tightly knotted riffs, wormhole backing-vocals and lysergic lyrical couplets; Sage’s sentiments like “came upon a fallen tree, I thought it was a throne so I took my place. No one there to witness me, or record my fall from grace” make “Heaven Help Me” a listen that is as tightly intricate as it is wholly immersive.

The new single is a glittering entry-point to the ‘Look For The Light’ EP (out now on all streaming services); a record which sees the trio of Matt Sage (vox/guitar), Josh Rigal(Bass), and Joel Bassuk (drums) deliver 4 original songs of a finessed calibre far beyonds its debut credentials. Nodding to the classic works of Radiohead, Pink Floyd and The Beatles, the release finds a band spiralling through psychedelic portals (“Look For The Light”) and taut post-rock jams (“Heaven Help Me”), sleepy reflections (“Give It All Away”) to soulful 70s-inflected grooves (“You Can Bring Your Darkness”).

Recorded in a remote cottage in Wales, the EP is self-released by the band today (15 July), with plans for a full-length follow-up album later this year.

The EP also arrives with a bonus acoustic version of “Look For The Light”, which you can tune into here: https://www.youtube.com/watch?v=LvjzC-1-8sw

Pearl Diver are a three piece band from Oxford, UK, comprising Matt Sage (vox/guitar), Josh Rigal (Bass), and Joel Bassuk (drums). Formed by Matt Sage in 2019, the frontman and founder of the legendary Catweazle Club in Oxford has lived and breathed music all his life. Initially in a band with members of Faithless (before they were they), Matt has remained a relentlessly prolific solo artist and songwriter ever since. With his music appearing across BBC Radio 1, 2, 3, 4 & 6 over the years, he has performed all over the world including major festivals including Glastonbury, WOMAD, Secret Garden Party, Bestival and supported the likes of Robert Plant, Tinariwen and Diana Krall. Creating music under the moniker of Art Theefe in 2018, the debut album ‘Dig Deep’ was completed with the assistance of kindred spirits Josh Rigal and Joel Bassuk. With a collective vision for a new project of a deeper complexity and grander ambition, the trio initiated Pearl Diver and have been performing and creating under the guise ever since.

Creating sweet, soulful rock’n’roll, with a gently psychedelic hue, ‘Look For The Light’, the debut EP by Pearl Diver - is out now. Plotting a series of UK shows around the release, catch Pearl Diver at these dates and venues as follows: 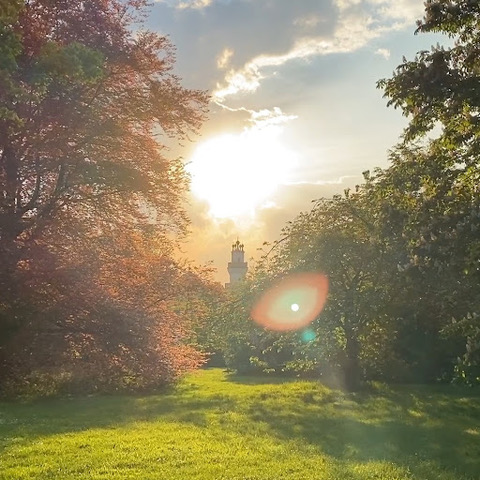