There are few songwriters working in Britain whose day job involves writing 95,000 word Marxist analyses of culture for a published work that skirts shyly around the top 10,000 in the Amazon charts. Philip Kane (whose books under another name include manifestos for the disobedient, practical guides to combinatorial creativity, the politics of literacy and tomes on syntax have been translated into 10 different languages) is that songwriter.

More or less completely unknown, not even qualifying as a footnote, he has, despite this, a valid claim to being one of the most dexterous lyricists working in song. The first line of ‘Willow on the Hill’ “You, above all, know that I’ve always hated the way the ruling classes valourise the pastoral scene; as if you could mask the fullness of human depravity by day-to-day contact with something green” is characteristically audacious. One of the characters in the song ‘Fuck Off Mr. Chips’ is described in the following manner: “his only ability was an acquaintance with the dictionary, some quasi literary bon viveur mouthing multi syllabic soliloquies about the size of his liver.” Another character has “a complexion like an ashtray, a bruised tyre for a body,” and, at one point, a narrator finds himself “chained by devotion to a whipping post much scarred by overuse … in entirely unsuitable clothing for a hurricane”.

Kane is also in possession of a warmly weathered set of pipes that communicate love’s agonies in what Mojo has called “aching tender tones”, that Uncut has had as “a magnetic white soul voice” and, at times he comes across, as Rolling Stone.com put it, as “a scotch obsessed Al Green.” He can also articulate love’s abyss in a rather more forceful manner as the Observer once noted calling him “a vocalist of real force”, comparing him to Greg Dulli.

‘Book of Broken Things’- out 19th March, is his fourth album with his band, The Expendables, who, remarkably, have managed to stay together for twenty-three years (with only one death) without the merest palpable sliver of success. He was previously the singer and chief songwriter in the bands Ennui and Avalanche, whose ‘Hangover Square’ album was produced by Cathal Coughlan and was described in Melody Maker in the following terms, “rarely has self loathing sounded so attractive”. His first album with the, then unnamed, Expendables was ‘Songs for Swinging Lovers’, described in Uncut as showing “novelistic range and ambition”. His most recent, ‘Flowers and Ledges’, featured Mark Eitzel on backing vocals and was praised by Mojo as possessing “bleakly literate lyricism” and, as Prog Magazine’s Art rock album of the month, was held to be, “A grandstanding gallery of heartfelt literate testifying”.

Produced by James Knight, ‘Book of Broken Things’ also features performances from Boz Boorer, Ed Harcourt, Steve Jansen and Fiona Brice as well as vocal performances from Emma Pollock, Liam McKahey of Cousteau and Sharleen Hector. It is the work of a (formerly) dissolute man now in his fifties looking back on the death of close friends and the closest of all relations, glancing forward to his own glimpsed mortality and dallying a while to note the politics, both personal and social, of the day still being lived. It is, like all his work, darkly novelistic, politically trenchant and ambitiously cinematic. 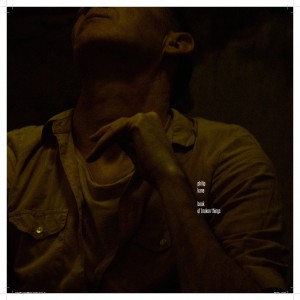