TAKEN FROM DEBUT EP, NO.1, OUT MAY 10th ON PARTISAN

Montreal’s Pottery have shared a new track from their upcoming debut EP, No. 1, ahead of its May 10threlease via Partisan Records. ‘The Craft’ is accompanied by a music video (dir. by Bronwyn Ford andMax Taeuschel) that follows singer/guitarist Austin Boylan as he drops down to planet Earth to observe human behaviour in its many forms for the first time.

Watch the video for ‘The Craft’ here: https://youtu.be/EC_k3hQL0zg

Speaking of the video, the band’s Jacob Shepansky offers, “With ‘The Craft’ we wanted to explore the unconscious oddities of everyday life and how an outsider alien (Austin’s character) may interpret these trivial actions. Each band member has a niche hobby (in the video) that not only lends for blind emulation from the outsider, but also represents each member’s individuality within our collective project.”

Pottery recorded No. 1 over just two nights, cut live to tape, some tracks only requiring one take. The songs touch on post-punk, pop, dance, and the band credits Orange Juice, Josef K and Devo as primary influences. It’s shrill, jarring at times, with a hypnotic quality that pulls a harmony out of the discord. ‘The Craft’ follows on from recent singles ‘Lady Solinas‘ and ‘Hank Williams‘, which were spotlighted by Gorilla vs. Bear, Fader, DIY, Stereogum, The 405, So Young + more.

The band has supported Parquet Courts and Thee Oh Sees and recently wrapped a run of North American dates with Viagra Boys, as well as finding themselves one of the most hotly-tipped acts at this year’s SXSW. They’ll join labelmates Fontaines D.C. on a further North American tour later this year. In the meantime, following the recent news of their debut UK/EU shows in May, today the band announce a bunch more UK dates around their late summer slots at Green Man and End of the Road festivals, as well as an appearance at Iceland Airwaves in November. Please see further below for a full touring itinerary. 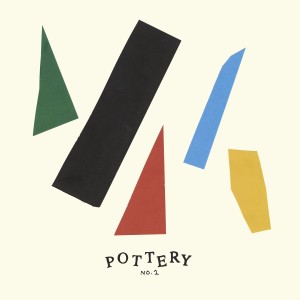