SAD FUNERAL is the new solo project from Adam Kane, who returns today with a stunning new release: ‘Kazbeg’.

As the frontman of both Cave Painting and Company, ‘Kazbeg’ is of course hallmarked with Kane’s distinctive vocal flutter, yet finds him venturing into richly textured, mellow natured and deeply dreamy new territory as a songwriter.

New single ‘Kazbeg’ is one of the first creative fruits to have grown following a period of reflection and recuperation away from writing altogether. Feeling the pressure and pace of the industry in full momentum beginning to exert itself on all aspects of life, Kane made a conscious decision to extricate himself from the spotlight to find a different way of life and inspiration in new places.

“I wrote the track when I returned from Georgia with my partner, where I’d been visiting the village of Kazbegi” he reflects. “It’s somewhere we’d often talked about going due to the remote and mountainous location.”

Finding solace and focus in the mountains, Kane came back to his long-time home of Brighton with a new sense of purpose. Enlightened by memories of his time away and with the laidback air of life on the coast seeping into his soul, words and music informed by revelation and experience began to flow into what would become his first new material for some time. Finding Rob Flynn of Oslo Parks was also based further along the coast in West Sussex, Kane rekindled his relationship with the producer and sent him some of his early ideas. As the pair relayed sounds and words back and forth, songs of a dreamy and meditative nature soon began to materialise, spelling-out a songwriter embarking on a very different path.

Seeking out the additional expertise of fellow producer Barny Barnicott (Arctic Monkeys/Bombay Bicycle Club/Peace), Kane decided to test the water with two low key single releases under his new Sad Funeral moniker in 2019: ‘Gone’ and ‘Escape’. Buoyed by the positive response as the new music garnered warm support and playlistings from the likes of Record of the Day, Line of Best Fit and Spotify’s “Fresh Finds”, Kane readied his third and arguably finest release as his first single proper: ‘Kazbeg’.

“‘Kazbeg’ feels like a very positive and natural progression from what was a tentative start at writing by myself following my earlier years with Cave Painting.” says Kane. Laden with drifting atmospherics reminiscent of Deerhunter and the sun-kissed, layered harmonies of Fleet Foxes, it’s a release that brims with the confidence of an artist finding comfort in their own skin and discovering their true calling.

Calming of composition and mindful of lyric, ‘Kazbeg’ is a song for a break-up that never was, but could have been. Soul-searching and self-deprecating, it’s a lesson in listening and learning in love as Kane steps out of his shoes to take an unflinching look at himself through another’s eyes.

“The song isn’t necessarily about a break up but more about a relationship that is lacking in areas being put under the microscope.” Kane suggests. “I’ve also been writing a lot from different perspectives, one of those being my partners’ and I’ve used the writing process to examine some of my own shortcomings.”

Written by Adam Kane and produced by Rob Flynn (Oslo Parks), ‘Kazbeg’ features playing by both across its many featured instruments, with additional percussion by Chris Boot (Lucy Rose). 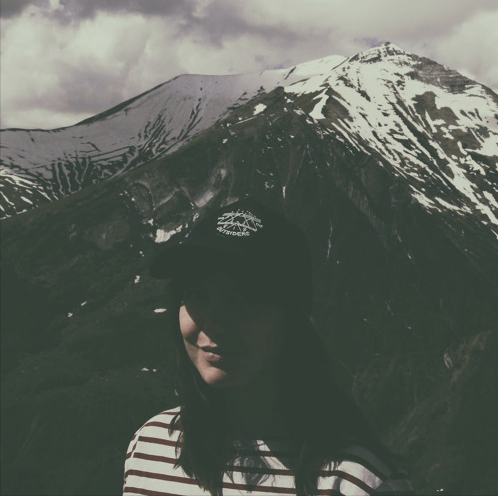 Sad Funeral is the latest guise to be worn by Adam Kane, a Brighton-based artist and multi-instrumentalist, perhaps best known as the lead vocalist of Cave Painting. Formed in 2010, Cave Painting’s evocative compositions quickly inspired a devoted fanbase and would see them sign a deal with Third Rock Recordings (set up by label legend Keith Wozencroft of Mercury) to release a string of ear-pricking singles and an acclaimed debut album: ‘Votive Life’ (2012). Invited to play major festivals such as SXSW with the sponsoring of PRS, the band also toured with the likes of Gaz Coombes and Alt-J upon the release of their ‘An Awesome Wave’. As Cave Painting settled into a more dormant status, Kane turned his attention to a new project: Company, who would go on to impress at a number of high profile shows including a sold out Brixton Academy in support of The Wombats, before Kane would take a sabbatical from music.

Returning in 2020 on revitalised form, Kane places his unique voice and songwriting prowess at the fore once more as he begins a new and captivating solo journey as: Sad Funeral.