“Like Strummer, Bragg and Duckworth before him, Sean McGowan possesses a world-weary spirit and an ability to translate that resignation into wryly observed studies of the human condition… A unique talent.”
- LOUDER THAN WAR

Listen to the first single from the release, ‘Silk’ here: https://youtu.be/lLilwyHiWKI

A punk, poet, and pacifist all at once, Sean’s latest collection arrives very much like an extension of the artist himself. Stepping momentarily away from the frenetic indie-punk that coursed through the veins of his acclaimed debut album ‘Son of The Smith’, Sean’s latest release instead delivers an altogether more tender and introspective listen.

After the Southampton singer-songwriter found his life suddenly turned upside down by a series of monumental changes beyond his control, he reached into his soul and found these five new songs: ‘I’m OK’, ‘Heart Breaker’, ‘Silk’, ‘Money’ and ‘Queen of The West’. Now compiled as his ‘Curate Calm, Create Chaos’ EP, together the tracks spin a deeply personal narrative that charts Sean’s journey as he navigated his way through these stormy waters.

“‘Curate Calm, Create Chaos’ was born from a particularly turbulent time in my life. A string of events knocked me for Six. I identified five of the causes and used them as the foundations for songs. I always try to write honestly and personally. I feel like the only way someone could relate or engage with my music is if it’s 100% the truth. CCCC is about being self aware enough to accept things aren’t right and trying your hardest to fix ‘em.”

His first new material to emerge since his debut album last year, ‘Curate Calm, Create Chaos’ is subdued and stripped-back, raw and reflective, and together illuminate Sean’s songwriting talents going from strength to strength.

In support of the new release, Sean will be hitting the road for a series of UK & Irish gigs throughout the Autumn. Supporting Xtra Mile Recordings label-mates Brand New Friend on their upcoming Irish Tour this September, Sean will also be taking in headline dates of his own throughout November and December which culminate with a pre-Christmas homecoming celebration at Southampton Joiners on Friday the 20th December. With tickets on sale now, the full dates and details for Sean’s upcoming tour plans can be found below.

Poet, songwriter and dedicated touring artist, to many – Sean McGowan – is already a familiar face. Breaking out of the Southampton scene and snapped up by Xtra Mile Recordings, Sean has since toured all over the world with friends and Xtra Mile family Skinny Lister, Get Cape. Wear Cape. Fly. and Will Varley, as well as fellow working-class heroes Billy Bragg and The Levellers. Along the way, Sean has played crowd-winning sets to the folk of major festivals the likes of Glastonbury, 2000 Trees, Camden Rocks, Truck and beyond, whilst also playing a huge main stage at the legendary Camden Roundhouse as one of the main supports at Frank Turner’s Lost Evenings II.

Channeling smart wordplay through a clash of tunes both melancholic and riotous, Sean released his acclaimed debut album ‘Son of the Smith’ in 2018 and now follows it in 2019 with his latest release: ‘Curate Calm, Create Chaos’. 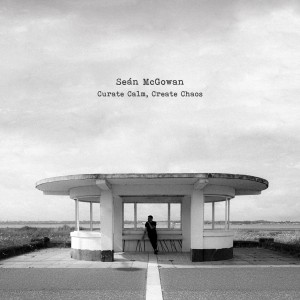