Fixing a date for its release of 25th February, the experimental post-rock quintet are preceding it with the full-force fury of leading single: “Seventh Wave”.
WATCH THE VIDEO FOR “SEVENTH WAVE” NOW HERE

Bringing to light one of the album’s standout moments, the single is a call-to-arms that shakes with a vitriolic post-hardcore fist raised-high.Inspired by one of history’s most notorious escape artists, Papillon; “Seventh Wave” floats through references to the ‘butterfly’ himself, while reserving none of the bee-like sting Seven Seals fans have come to relish.

As the band explain of the track:“”Seventh Wave” is inspired by one of literature’s most glorious prison escapes. Floating on a sack of coconuts Henri Charrière’s Papillon relies on the seventh wave to take him away from the prison colony of Devil’s Island (Île du Diable) in French Guiana.”

“Seventh Wave” follows the previously-released one-off single “Bikini”, with the new single arriving as the band prepare to break the seal on their upcoming album: ‘Owl Cage’; a record ‘lost’ in the void for over 16 years.  Released on 25 Feb 2022 via the Cosmic Glue label (who have coaxed Seven Seals out of hibernation all these years later), the upcoming record promises to be an exploration of prison via posthumously found sounds and a lesson in the importance of finishing what you started.

“It’s a fascinating theme,” lead Seal, Simon says of the record’s overarching concept. “In the studio, when put together, the lyrics looked like a story about a murder, prison, wrestling with identity, with bad relationships, feeling trapped, and escaping from fate.”

After a first gig at Castle Park Primary school the 9-year-old Simon with school friend John Bingley (guitar) continued in bands throughout their schooling only to reform with new members, fellow schoolmates,  Jay Glover (guitar) & John Powney (drums) after university; it would be the acquisition of a set of mixtapes belonging to the late Chris Acland, drummer of the legendary Britpop/shoegaze band: Lush, that would transform the band’s prospects entirely.

In the aftermath of Acland’s tragic suicide, his father happened upon a trove of old casettes, which by way of chance then found their way into Simon’s hands. A part-time postman at the time, the songs came to soundtrack Simon’s deliveries around the Cumbrian dales; the sounds of Television, Bauhaus, The Slits, Gang of Four, The Birthday Party and more, all seeping into his consciousness and consequently the DNA of what would become ‘Owl Cage’. As Simon reflects:

“Those cassettes were amazing. Like reading someone’s diary. It was music for music’s sake. Weird but often clever. It wasn’t pop but had hooks. So cool. They made Owl Cage what it is. It’s why our music can’t be pinned down.”

The Acland tapes transformed Seven Seals from satirical screwing around to a serious musical proposition. Heading to Yorkshire’s idyllic country studio Loom in 2004 with a newfound sense of direction and purpose they set about creating what would eventually become their debut album.
A collection as lyrically literate as they are sonically lethal, ‘Owl Cage’’s songs seemingly arrive straight from the slammer. From the criminality of ‘Murderous’ to the political prisoners of Chairman Mao in ‘Small Broadcasts,’ not to mention references to Henri Charrière’s ‘Papillon’ and Peter Greenaway’s ‘A Walk Through H’; all offer flashes of inarcerational inspiration. “Reading novels while writing lyrics is dangerous” quips Simon.

Beyond the crime section, rock-lit staples like ‘This Band Could Be Your Life’ and ‘Get in The Van’ would open their eyes to an influential canon of 80s US Hardcore scene staples too; with Black Flag, Fugazi, Hüsker Dü, and even The Jesus Lizard finding their way into the Seals’ explosive mix of the esoteric prog-rock, wiry post-punk, and nostalgic 90s-indebted tones that already comprised their melting-pot sound.

“With Owl Cage we wanted to go heavy but not BE heavy… I like the ideas of apocalyptic music and trying to cheat death, Ingmar Bergman’s ‘The Seventh Seal’ was a key influence too” Simon muses.

Produced initially by Yorkie (Space, Shack) in Liverpool & finished 16 years later by Grant Henderson (Noel Gallagher) at Loom Studios in Yorkshire, the result of their efforts is a record that finely balances fiery transmissions with thrift shop controlled chaos. Lost in the way that many a great record has slipped through the machinations of the music industry’s merciless churn, the Seven Seals debut has truly served its time in exile but will finally see the light of day in 2022. ‘Owl Cage’, the “lost” debut album by Seven Seals will be released on 25 February via Cosmic Glue, available on ltd edition vinyl and all streaming services. 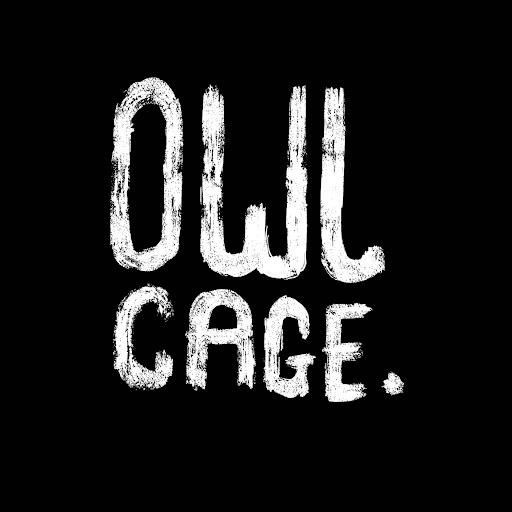