To celebrate the 30 year anniversary of Shakespears Sister’s seminal album ‘Hormonally Yours’, London Records have announced a special edition release across multiple formats.

A double platinum and top 3 UK album ‘Hormonally Yours’ secured Siobhan Fahey and Marcella Detroit a place in British pop history, spawning the single Stay – which spent a staggering eight consecutive weeks at the top of the UK charts – and winning the duo an Ivor Novello Award for Outstanding Contemporary Song Collection.

The anniversary CD format will include a DVD featuring all videos from the album shot by legendary producer Sophie Muller plus live recordings of album tracks from the bands 2019 tour.  In addition previously unseen footage shot during the making of the album is included.

Released on 19th August, the vinyl wil be available in two limited edition formats – standard white vinyl and a deluxe version in spattered vinyl.  A special sequinned bag edition acts as a nod to the sequinned catsuits Shakespears Sister’s signature look around the album’s release.

Initially conceived as an alternative soundtrack to the 3-D sci-fi B-movie, 1953’s Cat-Women of the Moon, ‘Hormonally Yours’ stuck to the space age concept despite the soundtrack idea being shelved. As Marcella explains, the women in the film were their inspiration, “They were bold, they were daring, unapologetic about who they were.”

“We were diametrically opposed to fluffy little girls singing perfect little pop songs” says Marcella. “Siobhan’s idea was to be different, to be dramatic, to express yourself.” Thus ‘Hormonally Yours’ explored and expressed the darker side of being female with the high and low emotions of life and death informing the album’s raw personality.

Both members brought their own musician touchstones to the table. Siobhan’s included The Smiths, glam, punk and Roxy Music whilst Marcella’s drew from blues and rock, with both women sharing a love of soul and Motown.  “Together” says Marcella, “we managed to mash all those desires and enthusiasms to come up with something unusual and memorable.”

‘Hormonally Yours’ features the singles ‘Goodbye Cruel World’ and ‘I Don’t Care’. It tackles friendships gone wrong on ‘My Sixteenth Apology’ a powerful, dangerous attractions on ‘Emotional Thing’, and documents a friend’s coming out on ‘Are We In Love Yet?’. Elsewhere, there’s fan favourite ‘The Trouble With Andre’, the full-throttle glam-blues of ‘Cat Woman’ and the rousing ‘Hello (Turn Your Radio On)’; the album’s glorious finale and a glorious, earth-shuddering moment that recalls the epic melancholy of David Bowie’s ‘Five Years’ or The Beatles’ ‘A Day In The Life’.

Shakespears Sisters’ second LP, ’Hormonally Yours‘, provided the perfect encapsulation of Shakespears Sister’s musical yin and yang; a deftly delivered balance of pop melody with a spikey alternative darkness.  Shakespears Sister reunited in 2019 releasing a brand-new EP, ‘Ride Again‘, which featured the single ’When She Finds You‘, a collaboration with Sheffield singer-songwriter Richard Hawley. 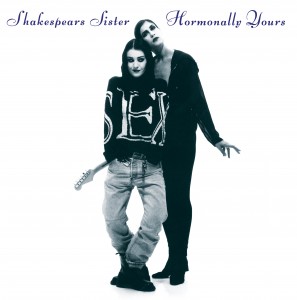 OUT 30 SEPTEMBER VIA LONDON RECORDS 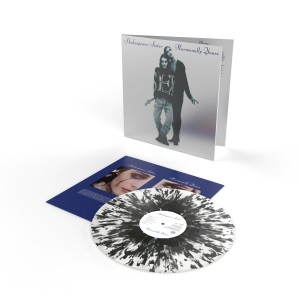