Today, Teenage Fanclub share a final preview of their highly-anticipated album with a new song and video. “In Our Dreams”, written by the band’s Raymond McGinley, is the fifth single off Endless Arcade, out 30th April. The song evokes an exploratory voyage inward and reflects the melancholic yet uplifting themes present throughout the rest of the record. The video was shot at Motherwell Concert Hall by long-time collaborator Donald Milne. Listen/watch HERE.

McGinley had this to say about the new song: “To rephrase an aphorism most famously used by John Lennon, existence is what happens while the human race is busy making other plans. This song is kinda about that, but like all our songs, we write them intuitively and only think about what to say about them afterwards.” 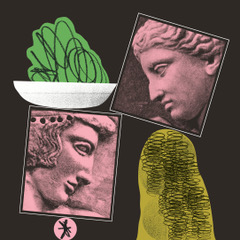 “In Our Dreams” follows previous singles ‘Everything Is Falling Apart’, ‘Home’, ‘I’m More Inclined’ and ‘The Sun Won’t Shine On Me’. Teenage Fanclub’s tenth album, due out at the end of the  month, has received early praise from Uncut, Record Collector and DIY:

“Teenage Fanclub have long been masters at giving their crowd what they need at the same time as subtly exploring new territory… No matter whether it’s Blake or McGinley on writing duties, it’s the sound of two master songwriters, still growing, still evolving.” Record Collector – 4 stars **** (Album of the Month)

Even if we weren’t living through extraordinarily troubling times, there is nothing quite like a Teenage Fanclub album to assuage the mind, body and soul, and to reaffirm that all is not lost in this world.

In the 1990s, the band crafted a magnetically heavy yet harmony-rich sound on classic albums such as “Bandwagonesque” and “Grand Prix”. This century, albums such as “Shadows” and “Here” have documented a more relaxed, less ‘teenage’ Fanclub, reflecting the band’s stage in life and state of mind, which Endless Arcade slots perfectly alongside. The album walks a beautifully poised line between melancholic and uplifting, infused with simple truths. The importance of home, community and hope is entwined with more bittersweet, sometimes darker thoughts – insecurity, anxiety, loss.

“I think of an endless arcade as a city that you can wander through, with a sense of mystery, an imaginary one that goes on forever…” says Raymond McGinley, one half of the band’s songwriters for this album alongside Norman Blake. “When it came to choosing an album title, it seemed to have something for this collection of songs.” 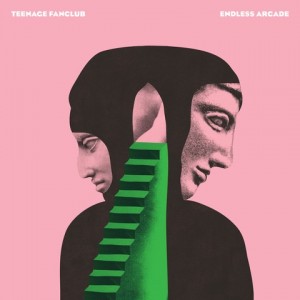 4. Everything Is Falling Apart