Above: The Americans; credit: Sari Thayer
“The sweet spot between Springsteen and The White Stripes.” — UNCUT Magazine, March 2022

NASHVILLE, TN (April 6, 2022) — Every few years, musicians arrive on the scene with an undeniably fresh approach to a tried-and-true genre. Showcasing this with unparalleled proficiency is the acclaimed Los Angeles-based Americana band, The Americans. Today, they turn up the heat on their instantly infectious new single, “Born With A Broken Heart.” The gritty and driving song marks the second single from their forthcoming 11-song, sophomore studio LP, Stand True, set for release on Friday, May 6 via Loose Music.

The overall touchstone of the band’s forthcoming Stand True is devotion in the face of loss. And with that, the album’s sophomore single, “Born With A Broken Heart,” solidifies that concept as it showcases an edgier side to the band; a gravelly ode to the way romantically wounded people sometimes find one another. “Driving home from gigs, Zac would tune into a Navajo AM radio station out of Window Rock, AZ,” recalls Patrick. “Parts of the song came from some of that music. It feels like driving through Los Angeles at night.”

The Americans are composed of Patrick Ferris (vocals/guitar), Jake Faulkner (bassist) and Zac Sokolow (guitarist). Combined, they have a goal to deliver a moving collection that lands somewhere between Bruce Springsteen, John Mellencamp and Nathaniel Rateliff. UNCUT magazine recently agreed with that sentiment saying they’re “the sweet spot between Springsteen and The White Stripes.” (March 2022 issue).

Some might recall the band being featured in the PBS special, American Epic, which had revered producer T Bone Burnett raving, calling The Americans “genius twenty-first century musicians that are reinventing American heritage music for this century. And it sounds even better this century.”

The album’s lead single and title track caught the attention of The Boot saying “the song [‘Stand True’] starts with old-time strings, but by the end The Americans have built into a rolling tide of roots rock…The Americans use a mighty arsenal to bring home their heartland rock epics.”

Their live show, honed over many hundreds of performances, is something to behold. Ron Wray (No Depression) writes, “they’re led by lead singer, guitarist Patrick Ferris, looking like James Dean but even better…Jake Faulkner, with his dark black beard and jaunty hat, dances across stage, lifting his stand-up bass like a dancing partner.” Steve Wildsmith (Daily Times) admires their “anthemic guitar hooks and a heartland sense of urgency that’s tailor made for road trips and late-night parties beneath a field of brilliant stars.”

Track listing for Stand True:
“Stand True”
“Born With A Broken Heart”
“Give Way”
“The Day I Let You Down”
“Farewell”
“Guest Of Honor”
“Romeo”
“Sore Bones”
“What I Would Do”
“Orion”
“Here With You” 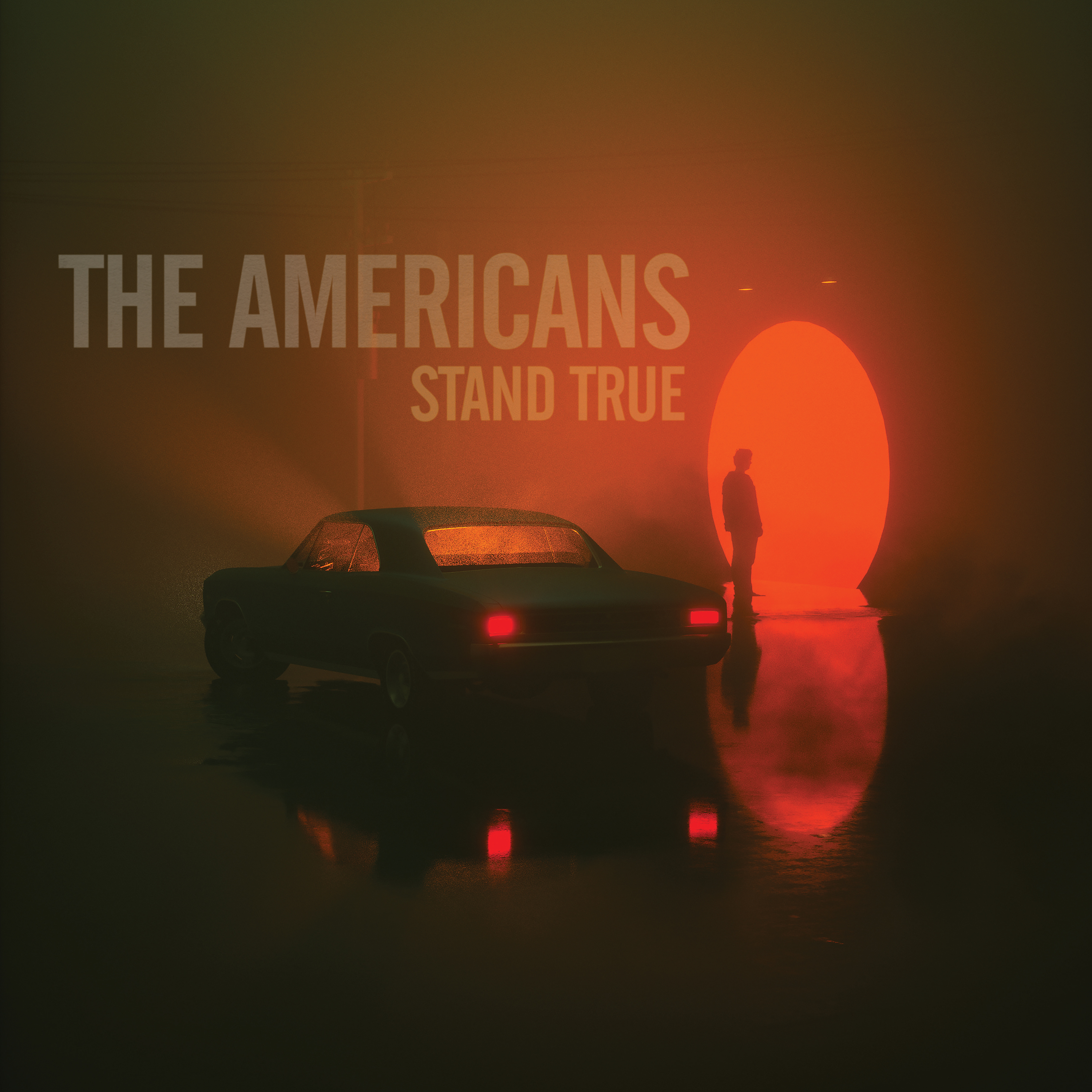