Watch the accompanying video, directed by Julian Hand below, “Shot through a widescreen lens of phased guitars, driving drums and celestial strings while overlooking a sunset so enthralling that space and time went out the window for just a little short while”, explains frontman Richard Olson.

“I want the third one more than I did the first.”
“In spite of the bucolic setting of the Clashnarrow studio in the Scottish highlands we still managed to conjure up just a little bit of the claustrophobia, horror and paranoia that lies at the spirit of the lyrics. The lyrics in turn refer to the morning after a particularly long night at our main hangout in London, The Betsey Trotwood.” says Olson. “The wistful tune with a thousand yard stare was written by guitarist Patrick Ralla and had been doing the rounds with us for a good while, but it wasn’t until I stumbled upon some lyrics hidden far and deep down in my notebook it started to make sense.” He adds, “When we were tracking the last few bits on the song Edwyn Collins turned up from his home down the hill. All he said was “Radio 1”.

With their latest album, The Hanging Stars transcend their well-earned reputation as masters of a captivating meld of blissful psychedelic folk and harmony-laden cosmic country. The fourth album from the accomplished London five-piece; recorded at Edwyn Collins’ Clashnarrow Studios in North-Eastern Scotland; scales fresh artistic heights, as they conjure a record more sonically varied, more contemporary, and less in awe of its influences.

With producer Sean Read (Soulsavers, Dexys) the band – singer and guitarist Richard Olson, bassist Sam Ferman, drummer Paulie Cobra, Patrick Ralla on guitars and keyboards, and the in-demand pedal steel player Joe Harvey-Whyte - embarked on a two-day drive to reach Helmsdale, and the unique studio sitting on a cliff overlooking the North Sea, on the same latitude as Gothenburg, and with the smell of Scandinavia on the air.

A mesmeric aura possesses this sequence of ten songs such that ‘Ava’ can open the album with an unhurried smoulder of steel and string, so right the extent of its unfolding surprises; voice, guitars, and resolute drums may break the reverie but attention is snared. Through ‘Black Light Night’s harsh cold turkey pop and ‘Weep & Whisper’s gorgeous near-ambient soft-focus, to the celestial shoegaze wash of ‘Rainbows On Windows’ and the divine lo-fi wonkiness of ‘Red Autumn Leaf’ a sonic surety prevails. The vocal arrangements amaze, and the breadth of instrumental exploration inspires awe.

The Hanging Stars shine brighter than ever; as with Hollow Heart they’ve self-confidently seized the opportunity to birth a record that inhabits its own world and time, and insists it be heard. 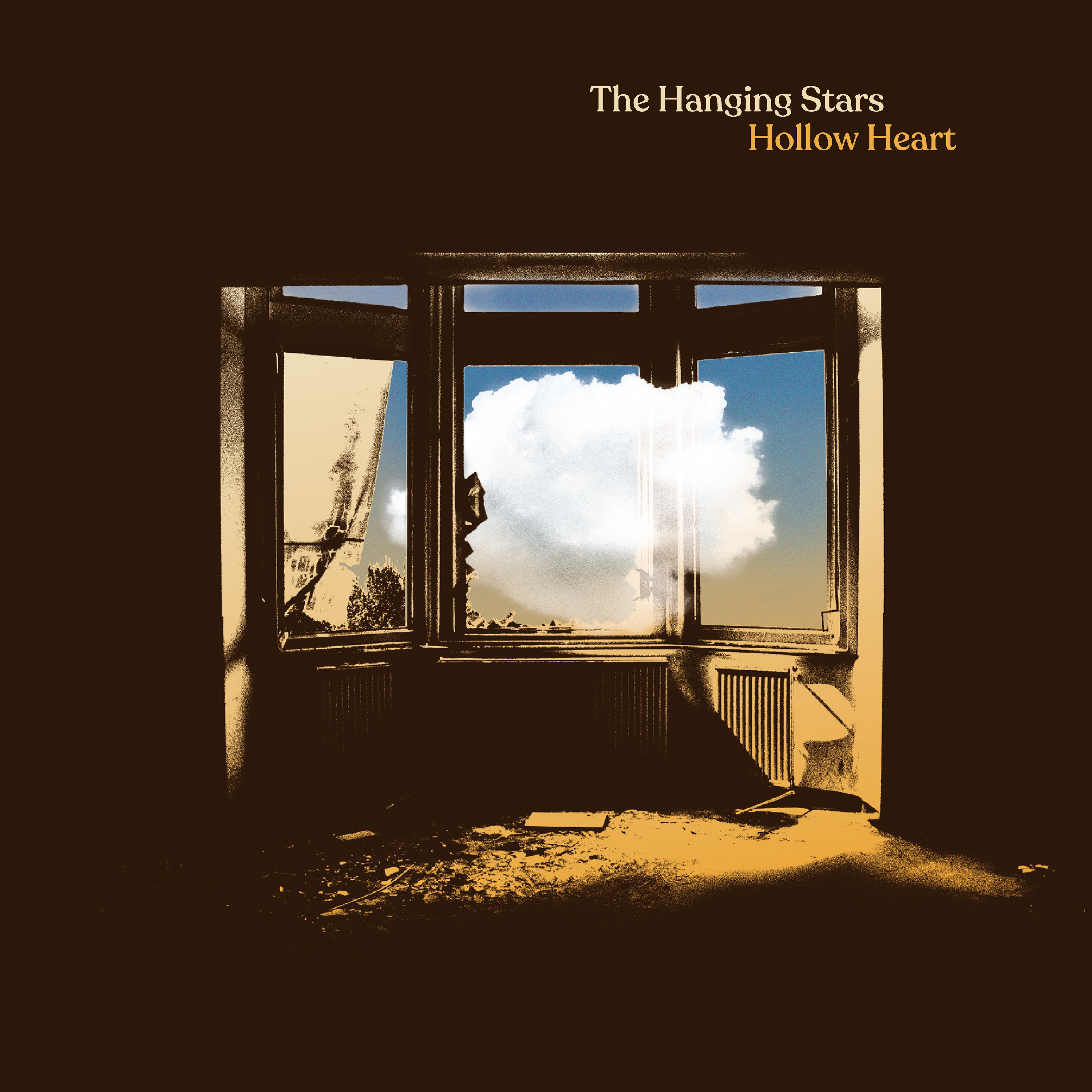