Alternative modern rock trio THE HARA will release their brand new EP ‘We All Wear Black’ on Friday 1st April via Scruff of the Neck Records.

The British outfit are one of the year’s most exciting new heavy bands, combining forthright and emotive lyrics with massive rhythms and a sense of boundless energy. If you’re a fan of Yungblud, Bring Me the Horizon or Chase Atlantic then. THE HARA are Josh Taylor (vocals), Zack Breen (guitar) and Jack Kennedy (drums).

THE HARA have taken the UK by storm in the past 12 months despite the challenges of the pandemic with major UK festival performances at Reading & Leeds (Main Stage), Download and Tramlines. Gemma Bradley gave the band their break at BBC Radio 1 , have already been playlisted on Spotify, Apple Music, Amazon Music and Deezer as their  ‘genre fluid’ sound sees them continue to break new ground sonically. This hybrid of sounds has also warranted them to be featured across airwaves and column inches, with notable acclaim from BBC Introducing, Kerrang!, Dork, Amazing Radio and Manchester Evening News. THE HARA will also feature on Amazon Music’s ‘Rock This’ in 2022, streamed live on Twitch and hosted by Sophie K (Kerrang!).

‘We All Wear Black’ was produced by Jason Perry (Don Broco, McFly) and Andy Gannon in Manchester. Its six tracks feature popular cuts Afterlife and Black Soul Ceremony, alongside new single Domino and three other hard-hitting alternative rock songs. Producer Perry will also be at the helm for THE HARA’s debut album, which is expected in the latter half of 2022.

Explaining the band’s mantra, frontman Josh Taylor says: “We want to show everyone that despite it all, despite what the statistics say, despite what people say or any of that social media acceptance bullsh*t, it really doesn’t matter. Thousands of people will reject you for being different but there are 10 times over that amount who will accept you and who are feeling just like you. If people can become a part of such a glorious resistance through our music, then that’s our mission.”

THE HARA will mark EP release day by kicking off their biggest UK tour to date, with their first ever vinyls and CDs now available to order from the band’s website. In February 2022, they’ll also head out on a press tour of the Student Music Network, while collaborating with renowned platform Sofar Sounds on the back of Domino’s release. In the summer of 2022, the band will release a live album recorded at the infamous rock venue, Satan’s Hollow, in Manchester – live from the exclusive ‘Domino’ release show. 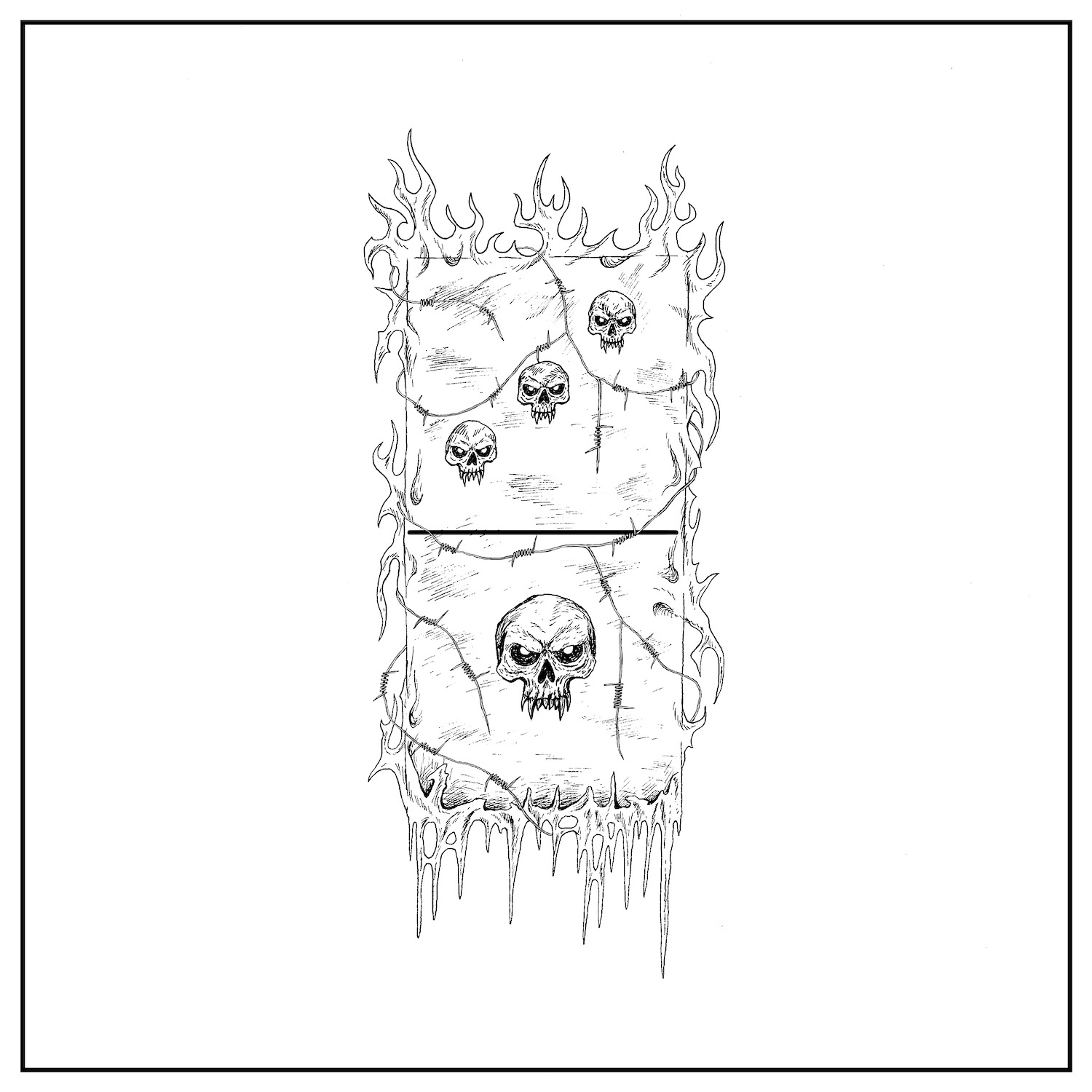 THE HARA embark on their biggest headline tour to date commencing the day of their EP release. The tour spans 16 cities and towns in the UK, with a combined 5,000 capacity following a series of major UK headline shows in 2021 (Reading & Leeds Main Stage, Download Pilot and more).

Tickets are available via theharaband.com

THE HARA TO RELEASE NEW EP ‘WE ALL WEAR BLACK – 1 APRIL, VIA SCRUFF OF THE NECK
‘LISTEN TO LEAD SINGLE: “DOMINO” NOW HERE