THE SLOW SHOW will release their fourth studio album, entitled ‘STILL LIFE’ on 4th February. The four piece who first formed in Manchester, UK will support the release with a European Tour in February and March 2022, culminating in a hometown show at Hallé St Peters on 4th March.
PRE-ORDER NOW

Following the release of ‘Blinking’ last month, the second track from the upcoming album, ‘Anybody Else Inside’ is released today, another taster to the new direction STILL LIFE offers.

Inspiration for the single emerged out of the unprecedented events of the past year with the band asking their fans to collaborate with them on a song, sharing their thoughts and feelings on the theme of isolation. The response was overwhelming and many of the shared stories, poems, photos and videos heavily influenced the final version of the single released today.

“Collaborating on a theme of isolation was a wonderful tonic, we’re very grateful to all of the people who shared their feelings and thoughts so generously and we hope that in doing so we created a brief moment of togetherness.” – Robert Goodwin.

The making of the album itself has been quite the ride. Following their breakthrough album, ‘White Water’, it was clear The Slow Show were not just ‘another band from Manchester’. The legacy of The Smiths, Joy Division and all those other great predecessors is not something to be trifled with, but The Slow Show didn’t need to wear their address on their sleeve: this was something else, fully formed, with a mesmerising sound, rich in atmosphere and melody.

With the band’s desire to push each other outside of their respective comfort zones during the recording process, STILL LIFE subsequently offers a more diverse, rich and interesting sound than previous albums.

“We did develop our sound’, says lead singer Rob Goodwin. ‘We had to try something else. We felt we owed that to ourselves, and to the people that come and enjoy the music. We explored a lot of stuff: different sounds, different feelings, different ideas, different processes as well. Some of them didn’t work at all, but some did. It was difficult and challenging, but it felt good in the end.”

This experimental side to the creative process allowed the band to introduce new elements to their work. ‘Some new approaches and sounds crept in’, keyboardist Frederick ‘t Kindt admits. ‘Some were far from our older work. For instance: after some initial encouragement from me, Rob was keen to sing a bit higher on this record. Chris was encouraged to make his drums a bit more present; some things almost sound like a breakbeat to my ears.’

Recorded remotely over the course of the past year, with Goodwin recording vocals from Dusseldorf in Germany and the rest of band recording in the UK, STILL LIFE as a concept, takes inspiration from the experiences of lockdown:

“Before the virus arrived, I had a busy life; spending two weeks in Germany with my girlfriend, and then flying to Manchester to work with Fred or to a gig.” Goodwin remarks: “And then all of a sudden, life came to a halt. It took a little getting used to, but I actually had a really nice realisation during that time. I understood that the slower life got, the more I saw. I spent a lot of time in nature, seeing things in a different perspective. And that’s what you need when you’re trying to create. You have to really look, and then you see things happening everywhere.”

The tracks themselves are brimming with emotion and reverence towards the significant relationships we encounter in life. Stand-out anthem ‘Blinking’ is a defiant pledge to never giving up on the people you love. Musically the band wanted the song to have impact, a directness and powerful punch that they’d previously shied away from. Whilst ‘Woven Blue’ deals with the aftermath of uncoupling. The idea that meaningful relationships are very often woven and complex, making resolve difficult.

These very personal tracks are counterbalanced with the more topical, ‘Breathe’, which documents some of the unjust and heart-breaking scenes of 2020 with spoken word references to John Boyega’s emotional rallying cry in support of Black Lives Matter movement in London’s Hyde Park.

In all, STILL LIFE marks another evolution of a band that have never tried to fit in any particular box but have inhabited their own unique universe. 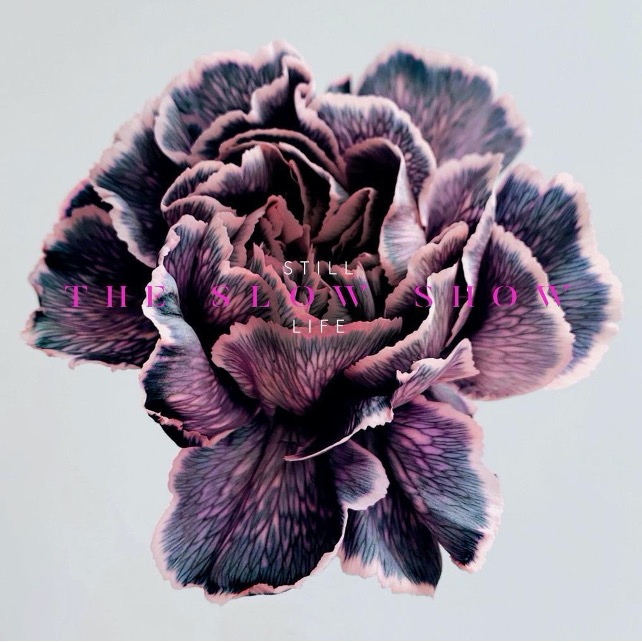 THE SLOW SHOW
RELEASE NEW SONG
‘ANYBODY ELSE INSIDE’
LISTEN HERE