The Strokes have released their first new album in seven years, The New Abnormal, out now via Cult Records / Columbia.

The New Abnormal is The Strokes’ sixth studio album and was recorded at Shangri-La Studios in Malibu and produced by Rick Rubin.

The album’s cover artwork is a painting by Jean-Michel Basquiat, Bird on Money. (for high res artwork click HERE)

The Strokes debuted the first new song and Mike Burakoff-directed video, At The Door, during their performance at Senator Bernie Sanders’ University of New Hampshire rally in February, with second song, Bad Decisions, following shortly thereafter. 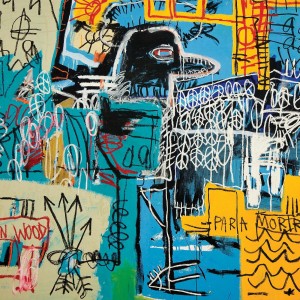 The Strokes rang in the new year with a massive hometown show at New York’s Barclay’s Centre, and hit the UK in February for a very special night at London’s Roundhouse that fired up the already tremendous excitement for their return.

“Their second masterpiece.” ✮✮✮✮✮ – THE TIMES

“Up there with their bes t work while sounding boldly different from it.”